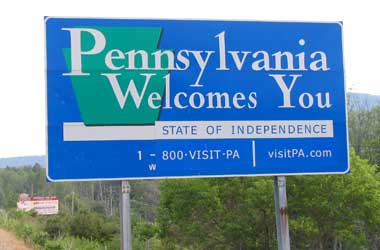 Pennsylvania recently signed into law an expanded gaming measure that makes the Keystone state the fourth in the country to offer online gambling.

While the regulations and timetable are still being ironed out, gaming industry analyst Chris Grove published a detailed analysis report forecasting the turnouts and effects of Pennsylvania’s move to regulate online gambling.

According to the report titled “Analysis: Pennsylvania Moves To Regulate Online Gambling” major online poker operators offering iGaming in New Jersey are expected to start operating in Pennsylvania once the green light is given.

These operators include partypoker, 888poker and PokerStars.

A 2010 market census showed that Pennsylvania had close to 12.7 million residents. This is roughly 43 percent more than the population of New Jersey, which is approximately 9 million. Grove has taken that 43 percent into consideration to provide a potential estimate as to how the online gaming industry in Pennsylvania could perform going forward.

According to the September 2017 Gaming Revenue Results published by New Jersey, almost $20 million in gross gaming revenue (GGR) have been generated by online poker in the first three quarters and that could hit $25 million by the end of 2017. Grove predicts that if Pennsylvania were to generate revenue based on market size alone, a 43 percent increase in New Jersey’s current run rate will give Pennsylvania an expected GGR of about $36 million.

Grove expects this number to go to as high as $41 million in the first year of operation and then increase to $43 million in the coming years due to the initial interest factor and the potential of shared liquidity.

Pennsylvania is expected to join the online shared poker player pools that are now in play with Delaware, Nevada, and New Jersey which just recently signed up. Although no timeframe has yet been defined, New Jersey regulators revealed that they are already in talks with their Pennsylvania counterparts to make sure they are ready once shared poker liquidity kicks in.

Pennsylvania’s tax rate for online poker and table games is fixed at 16 percent, while online slots are taxed at a whopping 54 percent. This creates a blended tax rate of 42 percent for iGaming operators since slots produce the highest revenue in online gaming. Because of this, the report predicts that consumer adoption will be hard earned because the high tax rates will hamper online operators from offering promotions or marketing their products through advertising.