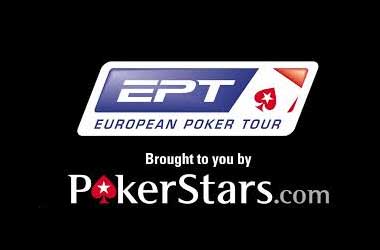 With the 10th Pokerstars EPT about to kick off in its usual grand style, a brand new sponsor for this hugely populated poker tournament event has been announced, and this sees the Poker Tracker software company sponsoring the event.

The Poker Tracker software has been around for quite a while now, and they have recently launched their 4th edition of this very interesting player tracking software platform which is used by poker players the world over and allows them to build up a way of determining which players may be worth playing against and those that are best left well alone!

How the Poker Tracker software works is quite simple to understand, it simply is a large and ever expanding database that gives online poker players the ability to take an in-depth look at their previously player poker sessions and analyse their game play in the hope that they can ultimately improve the way they play poker in the online poker environment.

One handy new feature of this piece of software is that you can analyse live poker tables and as such you can often find the best live tables at which to play at, without having to sit and play for hours tracking the action of the other players sat round the table.

It is not just at the Pokerstars site that you can utilize the Poker Tracker software for it is fully compatible with many of the leading poker sites including the very popular Playtech powered iPoker Network to name just one site.

The initial leg of the Pokerstars EPT will be kicking off over in Barcelona in late August and as ever this is expected to be a hugely popular land based poker tournament and one that will attract poker players from all over the world, all of whom are hoping to mop up the valuable prize pools on offer.

Should you be interested in learning more about the Poker Tracker software then the best place to visit is of course their website where you will find a huge range of guides showing you just how easy it is to use and what you will find it offers you as either a new and inexperienced online poker player or a more experienced one.

Information on the Pokerstars EPT can of course be found on their website, and should you find yourself in Barcelona later in the month then it may just be worth you visiting the EPT!