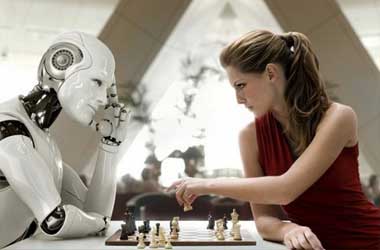 A new poker-playing bot has defeated a set of top poker players in a six-handed no-limit hold’em game.

This is the latest development in the ongoing research in the field of Artificial Intelligence (AI) and hidden information.

The new poker-playing machine was developed by the same team of researchers who introduced “Libratus” in 2017.

At that time, Libratus was able to outclass some of the world’s best heads-up poker pros in Texas Hold’em over a huge sample size. It was considered a major breakthrough, though its applications were limited as it was only able to beat one opponent at a time in heads-up play. Developers have worked on improving the poker bot and came out with a new better-performing machine called “Pluribus”.

Recently, the Carnegie Melon University (CMU) researchers led by Professor Tuomas Sandholm and Noam Brown, a Ph.D student, set “Pluribus” in play against some of the top poker pros and the results were outstanding. The latest supercomputer was able to take down its opponents, something no other AI has achieved. The results of the project are expected to have major implications on AI research and incomplete information contexts.

With poker widely recognized as a game that most effectively captures the challenges of hidden information, researchers have been using it as a challenge in AI. However, no machine has actually been able to beat human players in a multi-player setting, the format typically followed in playing poker. But this changed with the introduction of Pluribus.

Pluribus competed against some of the best poker players in a six-max NLHE game. The machine was up against a successful bunch of six-max specialists, who have more than $1 million in earnings.

The poker robot became the subject of two separate experiments. On the first instance, researchers used five humans and one AI format (5H+1AI), while on the second experiment, five copies of Pluribus and one human player (1H+5AI) played against each other, but the bots were unable to communicate or collude in any way. The results of the trials showed that the bot’s win rate is significantly higher than that of the human players.

Among the players who participated in the experiment were Seth Davies, Anthony Gregg, Jimmy Chou, Michael Gagliano, Linus Loeliger, Dong Kim, Jason Les, Nick Petrangelo, Trevor Savage, Greg Merson, Sean Ruane and Jacob Toole, with each of them playing with an alias. In the 5H+1AI experiment, 10,000 hands were played over 12 days, while in the 1H+5AI trial, Elias and Ferguson played 5,000 hands up against five copies of the poker-playing machine.

When the figures were summed up, the bot was able to bead the humans to the tune of about $5 per hand and almost $1,000 per hour, based on Brown’s Facebook AI blog post. As Les had put it, Pluribus is an absolute monster bluffer and a much more efficient one than most human players.