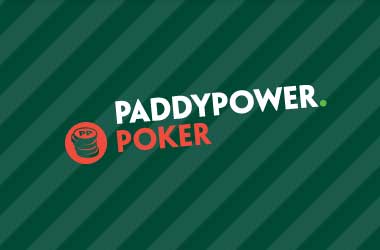 As you may be aware Paddy Power is a huge online gaming company who started out as a land based betting shop operator in Ireland, and as such they have their roots firmly in Ireland! However, you may also be aware that this year’s Irish Open Poker Tournament which is one of the biggest land based poker tournaments held in Ireland is fast approaching.

With this in mind the Paddy Power Poker site is looking to send as many of their players to that tournament as they can do and as such they have put together a very low cost seat of poker tournaments which are satellite tournaments and by taking part in any of them online you could win a paid for entry into the 2015 Irish Open Poker tournament!

It will cost you just €5 to take part in their Cheap Seats Poker Tournaments which are running at the minute and as such if you have always dreamed of taking your seat in one of the biggest cash prize paying land based poker tournaments but you have been put off doing so due to the very large entry and buy in fees of those tournaments, then this is going to be the ideal way for you to try and win an entry into those tournaments for a much reduced cost!

If you are interested in taking part then simply get yourself forever to the Paddy Power Poker site and register as a new player and then you can take part in these qualifiers more or less straight away, however if you want more information on how they are structured then do visit their website right now and click on the tournaments button and all will be revealed to you.

There are plenty of additional benefits that you will also find coming your way if you do join up to the Paddy Power Poker site today and as such do checkout their website for details of their 500.00 new player sign up bonus which is going to allow you to massively increase your poker playing bankroll.

Plus as one of their brand new depositing players you are going to then be able to take part in some new player exclusive freeroll poker tournaments each of which have some very large and generous cash prizes on offer. You really should become a member of Paddy Power Poker as they are also a very fast paying poker site and one offering plenty of different banking options.