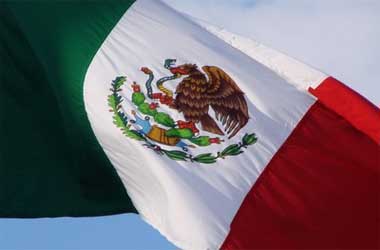 It looks like all Mexico based online poker players, of which there are quite a growing number of, are due to find the numbers of online poker affiliate sites at which they can play at becoming in much shorter supply. For a proposal by the leading political parties in this part of the world are seeking urgent changes to the gambling laws.

They are looking to completely update the rather outdated gambling laws in Mexico in an attempt to bring their gaming laws up to the modern age; in fact it was back in 1947 that Mexico put in place gambling legislation which was changed in 2005 to keep up to date with the ways in which people could gamble online.

It is proposed that Mexico will seek to do what other countries have done and that is to put in place some form of licensing and regulation of the online gaming environment in an attempt to ensure online gamblers based and living in Mexico have the same type of safe guards and protection that players based in other countries now have.

It may surprise you to learn that there are currently in excess of 400 different online gambling companies who offer their services and gaming sites to Mexico based customers, and as such it is not a small player base, and this is what has let the major political party to prose these changes to their gambling laws.

Whilst many worldwide governments have successfully put in place structures which now allows them to license and regulate gambling sites, whilst at the same time earn income via taxes and licensing fees, Mexico has been fairly slow to embrace this new culture, but if this new set of proposals are acted on, and we see no reason why they wouldn’t, then the number of poker sites will be reduced for Mexicans.

When a country imposes new licensing laws for online gambling sites, whether they are bingo sites, online casinos or online poker sites many companies who have provided access to their sites to residents of these countries often pull out of the markets, and this always leads to fewer sites being available to citizens of those countries.

However by licensing and regulating such sites players get added protection and as such these proposals should be embraced by everyone living in Mexico, however it will probably be quite a while before they are put into law.