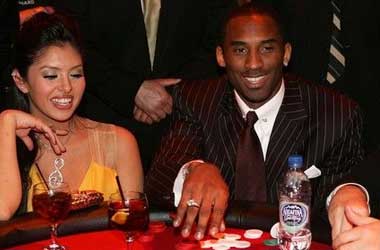 The world is still in shock following the untimely death of basketball legend Kobe Bryant.

The five-time NBA champion and his 13-year-old daughter were among the nine people aboard a helicopter that crashed in Calabasas, California on Sunday morning. No one survived the devastating tragedy.

Bryant left an indelible mark as one of the greatest NBA players of all time. He was No. 4 in NBA’s all-time scoring list, only behind Lebron James and one spot ahead of Michael Jordan. Just a day before the tragic accident, Bryant posted a congratulatory message to James on Twitter for surpassing his all-time scoring record.

Social media is now filled with tributes to the basketball superstar, as people from all over the world remember Bryant’s legacy and incredible contribution to the world of sports.

Some of the biggest names in poker also expressed their sadness over his passing, including one of the game’s greatest players, Doyle Brunson. In a tweet, the 86-year-old reminded everyone that tomorrow is never guaranteed.

There are no guarantees. RIP Kobe

Poker Hall of Famer and six-time WSOP champ Daniel Negreanu was also saddened by Bryant’s unfortunate passing, saying the NBA superstar was adored and loved by many people around the world, basketball fans or not.

I never met Kobe Bryant, but I cried for him and his family today.

He was loved around the world.

Doug Polk also remembered watching Bryant’s team the LA Lakers during his childhood years. Polk, who now keeps himself busy producing poker content, said Bryant’s death is just another proof that life can indeed be taken away from us without warning.

I dont know why but Kobe Bryant passing away hit me hard. Growing up in California I remember watching Lakers games as a kid and I loved his style.

It especially hurts because it reinforces the point that your life can end at any moment. Live life appreciating that. RIP

Kobe Will Be Dearly Missed

Another popular poker vlogger, Joey Ingram also expressed his admiration towards Kobe especially not only during his basketball prime but most especially how he gave people so much inspiration even after he retired from basketball. Ingram said Kobe did not hesitate to throw his support to anyone who needed it, and even motivated the NBA players of this era to always do their best. Ingram said Kobe’s social media posts were usually always about inspiring people and supporting their dreams.

All of his last posts are him supporting other people. This type of thing is so rare. I know how it makes me feel when others I respect do the same for me. This will be my biggest takeaway from what I learned listening to Kobe. pic.twitter.com/FRyqLZbRia

American poker pro Allen Kessler also posted a picture of the Seminole Hard Rock Hollywood sporting purple and gold, the colours LA Lakers, the team Bryant played with in all of his 20 years in basketball.

Nice gesture for Kobe by @shrpo thanks @MDTonyB for sharing. pic.twitter.com/Bbjhm6xo4N

Condolences, tributes, and words of gratitude and strength continue to pour in for the Bryants as they struggle to rise from this awful tragedy.

We at top10pokersites also want to offer our deepest condolences to all those who perished in the most tragic of circumstances, Kobe Bryant will always be remembered as true great and also a nifty poker player.