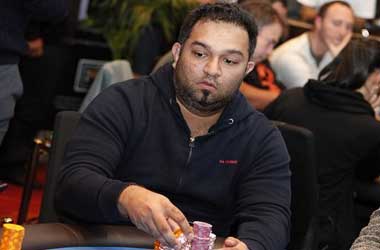 Aussie poker pro Nauv Kashyap will see his name enter the record books as he became the first player to win the very first WPT New Zealand Main Event. He also set a personal record by winning his second Main Event title in just over a month.

The World Poker Tour (WPT) has been expanding in a number of new destinations in the last couple of years going on to host their very first series in India, Japan and now in New Zealand. Skycity Auckland casino became the partner of WPT to host this historic, inaugural event which ran from May 25 to June 4.

The WPT decided to enter New Zealand even though it isn’t a huge market compared to some of the other countries. The event was a huge success and attracted the biggest number of Main Event entrants for a live poker tournament ever held in the country.

Kashyap did exceptionally well in the Main Event and was able to outlast a field of 360 players and event beat the famous Jack Efaraimo, known as “the godfather” of New Zealand poker. At the end of the tournament, Kashyap took home NZ$169,200 while Efaraimo cashed out with NZ$108,000.

The Aussie poker pro was thrilled with his victory but was very candid in his comments and put it down to luck.

I'm very happy with the way it came out, but you have to take the luck when it comes. I got lucky in a lot of ways. When I was bluffing, I wasn't called. When I had it, they happened to call. You can't really change the way the cards go, and it worked out well

But we can’t just believe it’s all luck when Kashyap’s WPT win is his second Main Event title in just a little over one month.

It was a great Main Event streak for someone who played solely on Australian events. Although New Zealand was just a short flight from Australia, it was a big move for the Aussie pro to finally get out of his comfort zone and try his luck outside his home turf.