MSPT Poker Bowl Returns Next Week To The Venetian

MSPT Poker Bowl Returns Next Week To The Venetian 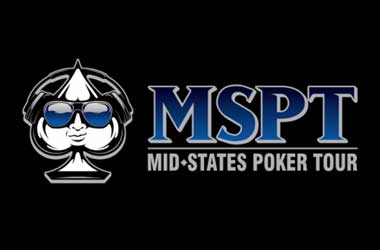 The Mid-States Poker Tour (MSPT) is once again teaming up with The Venetian in Las Vegas for Poker Bowl IV, which is set to take place from January 29 – February 1, leading into the 54th Super Bowl.

The no-limit Hold’em tournament, which features a buy-in of $1,100 and a huge $1,000,000 guarantee, will have three starting flights taking place on January 29 – 31. Players will kick off the action with 20,000 in chips, played in 40-minute levels. Surviving players will then resume the action on February 1, Saturday, during which a winner will be crowned.

This means poker players who are also avid football fans can spend all of their Sunday enjoying the much-awaited match between the San Francisco 49ers and the Kansas City Chiefs, with the Hard Rock Stadium in Miami Gardens, Florida hosting the action.

The tournament has enjoyed consistent growth since then, with the 2018 edition attracting 827 entries. It was captured by Kfir Nahum for $108,410 as part of a four-way deal. All in all, a total of $806,325 was awarded to the winners.

The third edition of the MSPT Poker Bowl saw a total of 1,022 players battling it out for the lion’s share of the prize pool totalling $996,450. Canada’s Brian Wilson ultimately emerged as the biggest winner with $143,929 in earnings.

Poker Bowl IV is expected to be even bigger, especially because it will run as part The Venetian’s 2020 Deepstack Extravaganza Poker Series which offers more than $3 million in guarantees. The series will run from January 27 to March 1.

The 2020 Poker Bowl is just one of the many events running as part of MSPT Season 11. After dropping by The Venetian over the Super Bowl weekend, the tour will head to Canterbury Park in Minnesota for a three-day poker affair on February 21-23. The action then moves over to Grand Falls Casino in South Dakota on March 4-8.

After that, MSPT goes to Iowa, with the Meskwaki Casino hosting the action on March 20-22. Among other stops include the Majestic Star in East Chicago, Silverado Franklin in Deadwood, South Dakota, and Potawatomi Casino in Wisconsin. Up to three events will run each month as part of the MSPT Season 11. The tour returns to Canterbury Park, Minnesota for the season finale which happens on December 10-13.