MPNPT to be Launched at Aspers Casino London

MPNPT to be Launched at Aspers Casino London 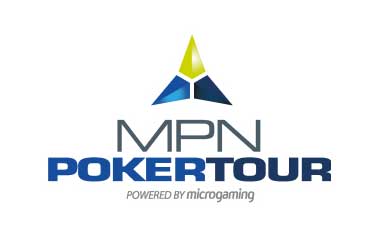 The Microgaming Poker Network Poker Tour (MPNPT), the first of its kind in the very history of the game, will be launched on May 29 at Aspers Casino in Stratford, London. The inaugural event, which will be spread over four days, comprises seven thrilling poker events with large prize pools and incredible blind structures.

The first event of MPNPT London, which will be held on May 29, is a re-buy satellite with a buy-in of £35, giving players the opportunity to win a seat to the main event. Those who take part in this satellite can purchase re-buys for only £20. This means that players can take part in the Main Event without having to pay its entire buy-in of €550. The MPNPT London Main Event will begin on May 30 at 12:00 p.m. and there is no doubt that it will be a huge success.

Players can also take part in several side events, which will be held throughout the MPNPT London festival. Players who find themselves out of the Main Event earlier than expected can consider taking part in events such as the Big Night Out No Limit Hold’em Freezeout, which has a buy-in of £165, and the Open Face Chinese Poker Tournament, which has a buy-in of £55.

The MPNPT London festival also offers events such as a £110 bounty tournament, which gives players the chance to win prizes of £25 for every player they knock off the table; the £165 PL Omaha tournament; and the £35 No Limit Hold’em Re-buy tournament.

The last qualifier satellite to MPNPT London was held at 7:00 p.m. BST, giving players the opportunity to win an MPNPT London prize package worth €1,500. Although the event had a buy-in of €215, it was associated with several feeder satellites with buy-ins in the range of €0.50 to €11. Each prize package comprised the buy-in of €500+€50 to the MPNPT Main Event, a 4-night stay at Stratford’s Holiday Inn, and €275 for spending. A large number of MPN players grabbed this final opportunity to win a seat to the MPNPT Main Event.

Qualifiers were held at all MPN skins, such as Poker Heaven. If players sign up at Poker Heaven through PokerNews, they can grab a generous new player bonus of 200 percent up to €1,000 on their first deposit amounts.

Players who are interested in knowing more about the MPNPT London festival only have to visit the MPNPT’s official website. To help prepare for the poker festival don’t forget to check out our exclusive Poker Tips section.