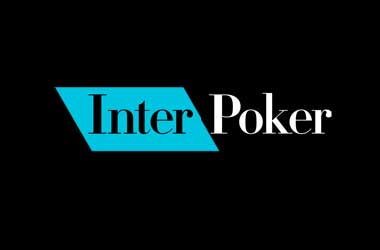 Another of the busy online poker sites, that being Inter Poker have just announced that they are now going to stop accepting players from several different countries, and as such if you are a poker player of this long established poker site and you live in Spain, Belgium or Bulgaria then unfortunately you will no longer be able to play any of the Inter Poker games either in the real money mode or for free, unless you already have an account with Inter Poker.

This is due to these three individual countries now imposing blacklists of sites where unless the particular poker sites have applied for and have been granted a license to operate in those respective countries then they cannot legally advertise or allow citizens and residents of those countries to play.

With many countries finally cottoning on to the fact that by regulating and more importantly licensing online poker sites they can add an additional financial stream to their respective government coffers, and with the actual of live online poker players not being that huge in these three countries Inter Poker have made the decision to pull the plug to those few new players who do enjoy playing real money poker at their site.

Spain, Belgium and Bulgaria have been quite active in enforcing bans on poker sites allowing their citizens to play poker online recently and have also been instructing ISP’s to ban and blacklist such poker sites in their respective countries.

There are also currently many other countries of the world which Inter Poker no longer accept players from and some of these countries include Hong Kong, Greece Mexico and the United States of America.

Should you be a resident of any of the listed countries that are no long permitted to sign up as a new player and play at Inter Poker then the actual number of sites where you can play are becoming fewer in number, however those sites which you can play at are legally licensed and regulated by your respective governments so at least you will know you are playing poker online legally and you will of course have some form of redress should you experience any form of problems at a licensed poker sites.

We will of course keep you fully updated with any additional countries that Inter Poker decide to ban players and residents of as and when they announce any further player restrictions.