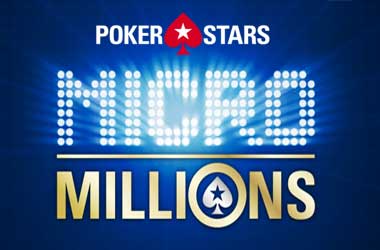 MicroMillions is back! The hugely popular legal online poker tournament series specially designed for low-stakes players kicked off on November 10 and will run through to November 24 at PokerStars.

The 16th edition of the festival features a total of 147 tournaments, carrying $4.3 million in combined guarantees.

MicroMillions offers a unique opportunity for players to turn their small investment into massive winnings. With buy-ins starting from as low as $1.10, those without a huge bankroll can join in on the action and get a slice of the $29,252 in average guarantee per tournament.

The last edition of the festival took place just in July 2019 and featured 146 events. This time around, PokerStars has made the series more exciting for both fans and players by increasing the number of events on the schedule as well as the total guarantees on offer.

The main highlight of the festival is the $22 buy-in Main Event which takes place on November 14, with a massive $1 million guarantee up for grabs. The July edition drew a huge field of 57,886 entrants to create a cool $1,157,720 in total prize pool.

Apart from the Main Event, the MicroMillions schedule is also filled with a wide range of other side events which come in various formats, including two mixed games, one of which is the $3.30 5-Card FLO8 on November 20, carrying $6,000 in guarantees.

PokerStars streamer Mason “PyeFacePoker” Pye said there is no other series on the planet that allows grinders to win big for a relatively small entry-fee. Pye said MicroMillions has something in store for every player, and also offers new games and formats for those who want to step out of their comfort zones. Pye particularly recommends two fresh variants — Fusion and ShowTime.

The events on the schedule carry significantly low buy-ins, but players can enter at a much cheaper price by taking part in tons of satellites and spin & gos where they can win MicroMillions tickets. Buy-ins start at $0.40.