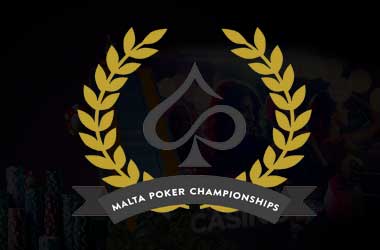 Poker fans all across Europe are gearing up for the first ever Malta Poker Championships (MPC) which is set to take place on May 13-19 at the popular Portomaso Casino which has the biggest poker room in Malta. The inaugural event promises a packed schedule of both tournament and cash game formats, in partnership with the Cash Game Festival (CGF).

The MPC follows on from the success of the first Malta Poker Festival which also took place at the same venue in November 2018.

The concept of the MPC, along with a unique collaboration with the CGF was envisaged in January 2019. During that time, the festival’s founder Ivonne Montealegre travelled to Los Angeles and got the opportunity to experience what it means to be a cash game professional. While playing cash games, she enjoyed the freedom a cash game player has compared with the scheduled commitments a tournament player has to fulfil.

Montealegre then reached out to CGF to team up for a unique poker idea that will cater to poker players from two different perspectives. CGF COO Mauritz Altikardes said the collaboration will bring something different and exciting to the poker community.

The week-long festival has something in store for everyone, with affordable buy-ins ranging from €30 to €300. A number of cash games and side events will also be televised throughout the tournament.

Conceived as a result of a love story, Montealegre said the MPC breaks from the usual €500-mark tournament deposits and gives players more flexibility in terms of the buy-ins and the games they can participate in.

Plenty of satellites will also run giving players the chance to win their way to the biggest buy-in event on the schedule, the €300 Betsson One Bullet. Players can take part via online at Betsson, or live at the Portomaso Casino.

Montealegre said players will also be treated to a number of exclusive shows during the festival, including a special final table experience at Club Level 22. Everyone entering the Portomaso Casino will also be considered a VIP, with a dedicated desk assigned to take care of the participants and the people they’ll bring along.

Altikardes said the CGF has found a perfect match in a Montealegre, who is well-experienced when it comes to organizing tournaments. Altikardes praised Montealegre’s incredible track record and the extraordinary value she and her team can bring to the table.