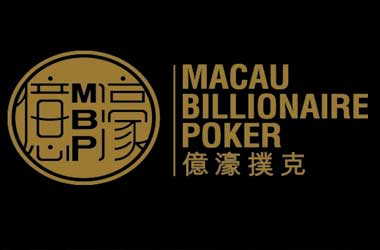 Macau, the biggest gambling hub in the world is not famous for its poker tournaments but rather for its high-rollers who prefer playing the game of baccarat – a game that is popular amongst Asian gamblers. These VIP gamblers were once responsible for generating more than 50 percent of gross gaming revenue for Macau’s casinos.

Things have changed during the last couple of years and the game of poker is growing on Asian gamblers slowly. A number of poker operators including PokerStars have targeted the Chinese market in recent times and have hosted poker tournaments in Macau – which is an hour away from the Mainland.

Macau Billionaire Poker is looking to take advantage of the growing popularity of poker in China and announced this week that it would launching its “MBP 50K Fall Classic” which will take place on October 25-26 at the Babylon Casino which is near Macau’s Fisherman’s Wharf.

In a statement, Andrew Bonar, a representative of Macau Billionaire Poker said

We have seen a lot of interest in the 50K event during the Summer Showdown and believe it provides amazing value for players, including the option to rebuy multiple times before the end of registration period

Macau Billionaire Poker operates a poker room at Babylon Casino which is run by casino company Macau Legend Development Ltd. The Babylon Casino and Macau Billionaire Poker have entered into an exclusive agreement with the Asia Poker Tour (APT) which will result in a minimum of two international poker events heading to Macau during the next five years.

Macau will see a number of poker players visit in October as the 2017 Boyaa Poker Tour Macau Finals (BPT) will commence on October 28. The BPT finals is also scheduled to take place at the Babylon Casino.

Boyaa Interactive International Ltd is the company behind the BPT. Boyaa Interactive is based in China and develops board games and online card games. The BPF finals will start on October 28 and finish on November 1. The BPT will have a guaranteed prize pool of HKD 6 million and 200 players will receive cash prizes with the winner taking a cash prize of HKD 1.2 million.