Lyle Berman Shares His Thoughts On The WPT Acquisition

Lyle Berman Shares His Thoughts On The WPT Acquisition 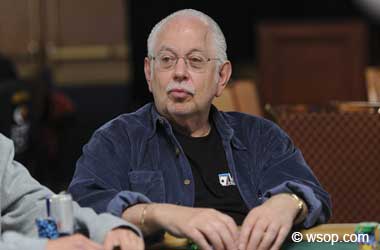 The World Poker Tour (WPT) is one of the most popular poker brands in the world and has a strong fan base across the world.

The WPT was acquired late last year after OurGame International decided to sell the WPT to Black Ridge Acquisition Corporation.

This wasn’t the first time that the WPT has been sold as Chinese based OurGame International acquired the WPT back in 2015 for $35 million and made a lot of changes to the WPT strategy in the last three years. Black Ridge not only acquired the WPT but also OurGame’s Allied Esports International and will bring both companies under one brand called Allied Esports Entertainment.

The latest WPT acquisition is interesting for a number of reasons one of which is because Lyle Berman gets to work with the WPT again. Berman is a member of the Poker Hall of Fame and is a co-founding member of the WPT. He serves as a director of Black Ridge Acquisition Corporation and is expected to take over the role as Chairman of Allied Esports Entertainment.

Berman is one of the most experienced and respected poker heads in the game today and his leadership will be exceptionally valuable to the WPT. While the new company will focus a lot on the growing eSports industry, the WPT brand is also expected to get a strong global push.

Lyle Berman is looking to take the successful model of the WPT and implement it in the eSports vertical. Since poker and eSports tend to be a young man’s game, Berman has plans of cross-selling and looking to bridge the gap between poker and eSports.

The WPT in recent years has focused on expanding globally and the new company will keep that initiative going with its subscription poker model. The WPT will look to host bigger and better tournaments across the world going forward and is also looking to expand its presence in the United States.

Berman is waiting for Pennsylvania to get its online poker industry up and running as the WPT is keen on launching operations in the Keystone state. The WPT is also hopeful that in the coming year more states will push forward with the legalizing of online gambling which will allow the WPT brand to sink its roots deeper into America.