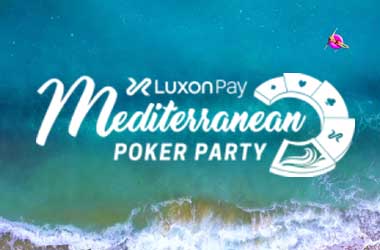 Poker players will have a new event to look forward to this year as Luxon Pay recently unveiled the inaugural “Mediterranean Poker Party” which will run from August 19 to September 17 at the Merit Royal Diamond Hotel.

The entire schedule is jampacked with not-to-be-missed events, but what will probably attract the most attention is the Mediterranean Poker Party Main Event which comes with a massive $5 million guaranteed prize pool.

The tournament costs $5,300 to enter and features three starting flights. Players begin the action with a 100,000 starting stack played to 60-minute levels. The ultimate winner is guaranteed to walk away with a seven-figure payout, along with a custom trophy.

The Main Event runs from August 29 to September 3.

Those into high-stakes action may take part in the $10,400 buy-in High Roller which is expected to attract some of the best poker players in the world. Apart from that, the festival will also include a Super High Roller Week, the full details of which will be announced soon.

Luxon Pay has grown to become one of the world’s leading global payments systems. It supports multiple currencies and offers instant peer-to-peer transfers and currency exchange.

The platform is the top choice for plenty of venues and events throughout Europe, such as the UK’s Dusk Till Dawn Poker Club, The Festival in Estonia, and the King’s Resort in Czech Republic. Now, the company will further establish its name by hosting what will likely become one of the biggest events in live poker.