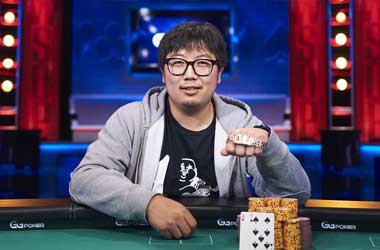 The World Series of Poker (WSOP) decided to introduce a new event called “The Reunion” right at the start of the 2021 WSOP which commenced at the Rio in Las Vegas on Sep 30.

The Reunion was put together to celebrate the return of the WSOP after it was cancelled in 2020 due to the pandemic and later postponed in 2021 once again due to COVID.

The WSOP made a bold call by putting together the Reunion which featured a $500 buy-in and a guaranteed prize pool of $5 million.

Given the uncertainty caused by COVID-19 and the extra restrictions tournament organizers had to put in place such as mandatory vaccinations, there were some who felt that the WSOP went too high with the $5 million guarantee.

The WSOP had to get a minimum of 12,000 registrations to make the $5 million guarantee. The Reunion had a great response as the WSOP reported a total of 12,973 registrations over the first three starting flights which resulted in a combined $5,448,660 in prize money.

Once the action played out, the final nine players at the table were all Americans and all of them had never won a WSOP gold bracelet. Adrian Buckley was the first to be eliminated in 9th place ($53,625), Derrick Stoebe went out in 8th place ($67,886) and Jugal Daterao finished in 7th place ($86,462).

The final six players were guaranteed a 6 figure payout each with the winner taking home in excess of half a million. Anthony Cass went out in 6th place for ($110,794) and Michael Eddy followed him in 5th place for ($142,847) while Alex Vazquez had to settle for third place and ($185,281).

Max Tavepholjalern exited in 3rd place for ($241,766) which then saw Giuliano Lentini and Long Ma battle it out for the first place. The battle did not last long as Ma wasted no time in eliminating Lentini. Ma deserved to win as he played a fantastic game at the final table and was responsible for sending out Lentini, Tavepholjalern, Vazquez and Eddy.

Prior to entering the 2021 WSOP The Reunion event, Ma had $123,459 to his name in live poker winnings according to The Hendon Mob. He collected his first WSOP gold bracelet and a check for $513,604 while Vazquez received $317,352 for his second place finish.