London To Welcome The 2019 Unibet Open Later This Month

London To Welcome The 2019 Unibet Open Later This Month May 8, 2019 Gabrielle Monet

London To Welcome The 2019 Unibet Open Later This Month 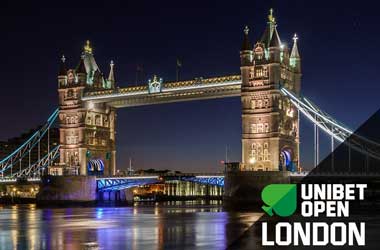 The city of London will once again play host to the 2019 Unibet Open which is scheduled to take place from May 20 to 26.

This year marks the eighth time that the tournament will be held in the British capital. The action takes place at The Poker Room, located above the iconic Grosvenor Victoria Casino.

The main highlight of the four-day festival is the Unibet Open £990 Main Event which kicks off on May 23, running through May 25. The event is a deep-stacked affair featuring three opening flights. Players begin with 30,000 in chips, played in one-hour blind levels during the first two flights.

As Day 1C starts, the action progresses to 20-minute blinds. Only one re-entry is allowed, with the surviving players battling it out for the crown on May 25-26.

Among other events on the schedule that will definitely attract attention is the £2,200 High Roller event happening on May 22-23, as well as the Unibet DSO Cup on May 25-26, which features a buy-in of £500.

This year, players can once again take part in plenty of side events and satellites, plus two invitation-only events: the Unibet Battle Royale and the Unibet Tag Team Championship, both happening on May 22.

Since it started in 2009, the Unibet Open London Main Event has had different price points. The inaugural event, which featured the highest buy-in of £2,750, was won by Thanh Doan from Finland who topped a field of 266 players for £187,000 – the biggest single prize ever won in the history of the Unibet Open Main Event.