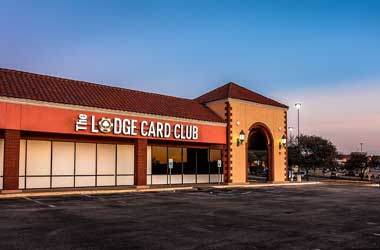 Doug Polk has gained a fresh perspective on just how much poker rooms must take in terms of tournament rake.

The semi-retired poker pro just announced that he is lowering tournament fees at the Lodge Card Club in Austin, Texas, the poker room he co-owns alongside Brad Owen and Andrew Neeme.

Back in April, several poker pros called out Polk for charging a huge 17% rake on a poker tournament at the Lodge. Many thought it was ironic that Polk had previously mocked Daniel Negreanu for his “more rake is better” comment and now the Upswing Poker founder operates a club that imposes excessive tournament fees on players.

Polk appears to have reflected on that and decided to update the tournament fees at his Texas poker room. Sharing the good news on Twitter, Polk outlined the reasons for the changes. First, he wanted to simplify tournament buy-ins and fees. Second, reducing the fees will allow the Lodge employees to earn more money. Last but not the least, the move will result in bigger prize pools which will benefit the players.

Finally updated our tournament fees at the Lodge. This article gives a full breakdown of our new rates and my thoughts. https://t.co/cGFqe1LJPe

The Lodge will now use a new scalable system that will see tournament rakes being reduced as the buy-in increases. This should address multiple issues surrounding the poker room’s previous rake format whereby some rakes were too low, while other tournaments were charged with excessively high fees. Many also noticed that those playing at night paid higher fees than those playing during the day.

While the latest changes have generally received positive feedback from players, there are concerns the new system might push away those who play with a limited bankroll. That’s because the smallest buy-ins now have the highest fees. One player commented that the new fees are anti-poor and pro-rich, but Polk explained that lower buy-ins having higher fees is simply the norm in poker room tournament operations.

While many still think the fees are still high, the three-time World Series of Poker (WSOP) bracelet winner is confident that their new rake system can now compete with existing clubs and complies with industry standards.

He also emphasized the importance of gaining and maintaining player trust, referring to the recent controversy at Hustler Casino involving the cancellation of the $250K guarantee it initially set for its tournament series.