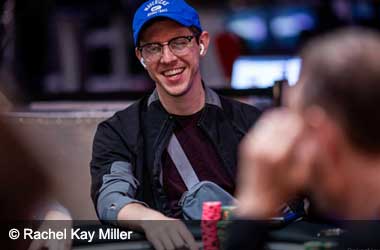 This will go down as the most memorable summer for American poker pro Lawrence Brandt as he won not just one, but two gold bracelets at the 2022 World Series of Poker at Bally’s Las Vegas.

The Arlington, Texas resident now joins the list of multiple-bracelet winners this year, which also includes Espen Jorstad who just won the WSOP Main Event and Daniel Zack who is the top contender for the 2022 WSOP Player of the Year title. All three won two bracelets each during the 53rd edition of the festival.

Victory didn’t come easy for Brandt. On the penultimate day of the tournament with just four players remaining, there were reports of an active shooter roaming around the Strip. This created unnecessary panic within the venue which resulted in some tournaments ending early that day, while the H.O.R.S.E. event proceeded.

Brandt couldn’t concentrate on his game because of what was going on and lost a huge stack as a result. He eventually regained his focus and made it through to Day 4, the final day of the tournament.

When the three remaining players returned for the final action, Brandt was the shortest stack, with his eventual heads-up opponent Roberto Marin taking the lead early in the day. Brandt grabbed the lead after scoring a massive Stud win over Marin and then went on to eliminate Tomasz Gluszko in 3rd place for $87,687,

Brandt was ahead in chips when heads-up play began, and while Marin managed to close the gap at some point, Brandt just proved too tough to beat. In the end, Marin had to settle for 2nd place for $126,895, while Brandt walked away with his second gold bracelet.

Brandt is just the third player to win two bracelets this summer but he remains far behind in the POY race. He isn’t bothered by it though, and he also doesn’t think the points system is flawed.

Zack has held on to the top spot of the leaderboard for a few weeks now and could wrap up his 2022 WSOP campaign with the POY title.