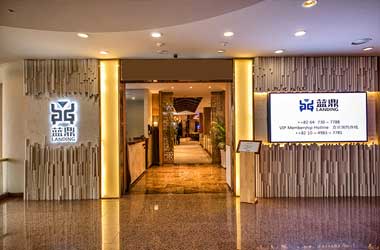 A new emerging property in East Asia has been capturing significant interest from high-stakes poker players around the world.

The Landing Casino at Jeju Shinhwa World is South Korea’s largest integrated resort which has made the headlines this week as the popular 2018 Triton Super High Roller Series is taking place from July 23 – August 1.

The event offers huge tournament buy-ins, attracting some of the biggest names in high-end poker like Jason Koon, Nick Schulman and Stephen Chidwick. Poker analysts have suggested that it will not be long before Landing Casino becomes the leading high stakes poker venue in Asia.

Jeju Island which is located south of the South Korean mainland, has the key ingredients to become one of the world’s most prestigious and renowned high-stakes poker venues. The island boasts of zero crime rate, providing a safe environment for poker players and their companions.

Travelling to the island isn’t that difficult as well – Jeju is just 45 minutes away by plane from Shanghai and less than two hours from Beijing. It is also very close to Japan and Taiwan – two countries that prohibit gambling on their soil. South Korea’s busy air route also works as an advantage for Jeju. There are about 180 daily flights between Seoul and Jeju alone.

For most of the poker pros taking part, the Triton event marks their first poker experience at the Landing in Jeju. A number of them have travelled to the Island with their partners and they have had nothing but good things to say about the hosting of the Triton Super High Roller Series and the hospitality of Landing. Tom “durrr” DwanNeil Gallacher, Landing Casino’s Vice President of Casino Operations said

Hopefully, if we have multiple events, the poker community will watch and get used to Jeju. We're very keen to publish to the outside world how luxurious our resort is, how high-end it is. It's completely different from anything that anybody has ever done in Jeju before.