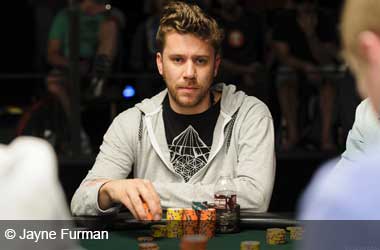 GGPoker has received a lot of flak over the past few weeks over different controversies. Well GGPoker is once again in the spotlight as it appears the site could have been hacked.

Poker pro Kevin McPhee claimed his GGPoker account had been hacked and his bankroll compromised while he was playing in the 2020 World Series of Poker (WSOP) Online Bracelet Series which is currently running on the online platform.

GGPoker was able to reimburse the lost funds, but the Canadian poker pro couldn’t help but wonder why and how his account was infiltrated.

McPhee was playing in the $500 Mini Main Event when the incident happened. Everything seemed alright at first, but when it was time for him to rebuy in to the event; he discovered that his balance was almost empty, with only 62 cents remaining. McPhee was logged into his GGPoker account the entire time with sufficient funds, only to find out that his bankroll had been drained.

Though it wasn’t clear how the hacker managed to gain access to McPhee’s account, it can be assumed the culprit made a simultaneous log-in, or was able to breach GGPoker security. McPhee suspects the hacker is a poker player using the name “Pouya Moosavi” from the Montreal/Norfolk area. In a now-deleted post, McPee claimed Moosavi’s email was used to withdraw the funds.

The apparent hacking was a serious problem, but it wasn’t the only issue encountered by Kevin McPhee while playing on GGPoker. The Canadian also had to deal with technical glitches, including getting disconnected multiple times in the middle of a session.

The frequent disconnections had a direct impact on his game, causing him to blind out too early. McPhee also laments GGPoker’s lack of transparency and failure to promptly address recurring issues. Things couldn’t get any worse for the poker pro who also previously claimed he was harassed by fellow players in the French-Canadian community.

McPhee said he never encountered similar issues playing at other online poker rooms and that the problems and unusual activity were specific only to GGPoker.

The past few weeks have been tough for the online poker platform which was also accused of stealing a German player’s funds after he was banned from the site. More recently, GGPoker published its “stance on pros” which only added insult to injury. The site is currently hosting the 2020 WSOP Online Bracelet Series which runs until September 6.