Kenny Hallaert Against Late Registrations, Needs To Be Limited

Kenny Hallaert Against Late Registrations, Needs To Be Limited 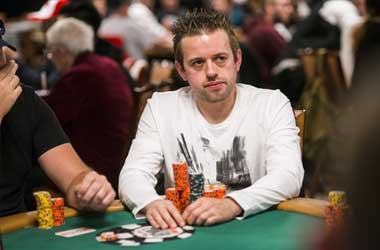 Late registration has become part of just about every poker tournament in this day and age.

For players, registering late into an event gives them more free time to take care of other important business without worrying about missing out on their favourite tournament.

It also allows for some flexibility especially if you failed to make it on the first day of play due to travel issues, or if you simply want to avoid the long registration line at the start of the tournament.

Late registration also benefits tournament organizers particularly when an event is running an overlay. It helps to reduce their losses as more players late-register into the event.

While late registration has a lot of positives, there are also a number of negative issues that surface. Top poker pro Kenny Hallaert is one of those players who does not like the idea of late registration and recently shared his thoughts on why it is a bad idea!

How It Actually Works

Hallaert has earned more than $4 million in live cashes to date; he made the final table in the 2016 World Series of Poker (WSOP) Main Event. Hallaert is an accomplished player but he is more than just a player as he also has experience in organizing tournaments. He is the Tournament Director for the Unibet Open.

In a recent tweet, Hallaert shared his own analysis into late entries. He used an ICM calculator and also sought the help of a programmer-friend who created a model for him to figure out the value of a starting stack at maximum late registration and the corresponding profit a player gets out of it.

Results show that in some events, late registrants get to enjoy a 16 percent return on investment even before they play a single hand, which is just too big an advantage. Hallaert says a more reasonable figure would be 5 percent.

While he does not think late registration is out and out cheating, Hallaert argues that some players are abusing the system to their advantage and in doing so are exploiting some of the more vulnerable players. If you register late into an event, you’ll start with a shallower stack, but it also brings you closer to the bubble. You will be at a chip disadvantage against the rest of the field, but based on Hallaert’s computations, you are more likely to finish in the money.

The ones bearing the brunt are the recreational players who usually enter on the first day, as the players who normally late-register are poker pros who are in a better financial position. The majority of the amateurs have no idea how the system works and are often placed at a disadvantage.