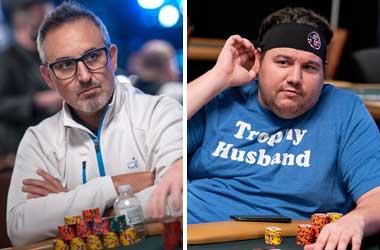 As the World Series of Poker (WSOP) live festival nears its conclusion, the Player of the Year (POY) race has gotten more intense, with the latest rankings dominated by Josh Arieh.

The American poker pro has had a great run at the series so far, winning two bracelets and finishing in the money in five other events.

Arieh came into the 2021 WSOP with two bracelets to his name. In 2012, he decided to shift his focus away from poker, though he did not entirely abandon the game. He has continued to participate in the WSOP and finally managed to put an end to a 16-year bracelet drought this year. Not only that, he might just be declared the 2021 WSOP Player of the Year.

Just a week ago, Arieh’s name wasn’t even among the frontrunners. All it took for him to climb to the top was a victory in Event #66: $10,000 Pot-Limit Omaha Hi-Lo 8 or Better and a 4th-place finish in WSOP Online Event 7 which was the $3,200 High Roller last week.

Meanwhile, Shaun Deeb has slipped down to ninth place, accumulating 2,611.07 points so far at the festival. The American poker pro, who was named 2018 WSOP POY, is keen on winning the title for a second time this year.

Deeb needs to secure enough points to topple his friend Arieh off the top spot, and to do that, he is selling action in the $100K High Roller which is set to take place on November 21. A victory in that event would earn him 1,250 points which would allow him to dethrone Arieh, in case the latter fails to accumulate more points as the series progresses.

Deeb’s impressive run this year includes winning his 5th WSOP bracelet courtesy of Event #53: $25000 Pot-Limit Omaha High Roller, 14 cashes and over $1.3 million in winnings. His chances of surpassing Arieh in the POY race are still very much alive, especially as Arieh has already been eliminated in the ongoing Main Event.