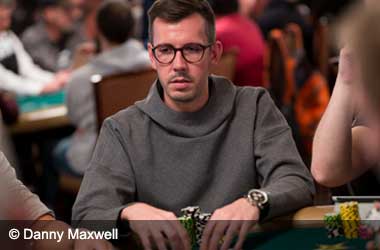 The World Series of Poker (WSOP) Online Series continues on GGPoker and multiple bracelets have been awarded so far, the latest of which went to Jonas Lauck who won Event #6: $800 Monster Stack.

A total of 36 players returned on Day 2 of the tournament to battle it out for the crown and only nine players reached the final table. The first to bust was start-of-day chip leader Ioannis Konstas who finished in 9th place for $17,332. Next to go were Rafael “OpalaPreto” Monteiro and Rodrigo “sauvage” Valente, both from Brazil, who claimed the 8th ($23,100) and 7th ($30,804) spots respectively.

Two Norwegian players were eliminated next – Simon Mattsson who finished 6th for $41,078, and Yngve Steen who earned $54,778 for his 5th-place finish. The final table was whittled down to just three players with the exit of Sweden’s Anton “Kingtale” Wigg who collected $73,047 in 4th-place prize. Brazilian poker pro Yuri Dzivielevski failed in his bid to win a second bracelet after he was eliminated in 3rd place for $97,410.

Lauck and Belarusian player Ilya Anatski entered heads-up play and in the end, it was Lauck who emerged victorious, adding another title to his WSOP record. Anatski took home $129,899 for finishing second.

Lauck has had significant success at the WSOP, with over $900,000 of his career earnings coming from the series. He also cashed in multiple events at the 2022 WSOP live festival in Las Vegas, including a 9th-place finish in a $5,000 6-Handed No-Limit Hold’em event. The German poker pro also reached the money in the $1,500 MILLIONAIRE Maker.

Other Highlights this Week

Meanwhile, all eyes are on the final action of the Super MILLION$ $10,300 High Roller with Justin Bonomo leading the pack. Popular high-stakes pros Artur Martirosian, Mark Radoja, Niklas Astedt and Lucio Lima are also in contention for the top prize.