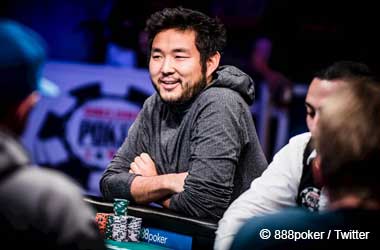 The Indianapolis poker player had a great run at the event and make it to the final table which assured him that he was going to walk away with a considerable sum of money.

Winning the WSOP Main Event is the dream of every poker player as it not only wins you a prestigious gold bracelet and a life changing sum of money but also opens doors for you with sponsorships and a chance to enter poker history. John Cynn knew he had tough task ahead of him as there were 7,874 players taking part in the Main Event.

After playing grueling poker sessions for over a week, Cynn was one of the six American poker pros who made it to the final table. All of them were guaranteed to walk away with a million dollars but Cynn had his eye on the grand prize as he had a great chip count to put pressure on the rest of the field.

In the end, the battle for the first place was between him and Tony Miles who also had a strong chip count. The two players put on a show of endurance; patience and skill as they battled it out for over 10 hours across 199 hands to set a new WSOP final table record. Tony Miles slowly succumbed to the pressure imposed by Cynn and in the end bowed out in second place to take home $5,000.

Cynn Happy To Do Something Significant For His Parents

Cynn was thrilled with his WSOP Main Event victory and said that he felt pretty overwhelmed as this was something he dream of but never expected it to happen.

In a statement, Cynn said

I do like to think that I don't need the money to be happy, but at the same time it's practically going to make things a lot easier. Things I want to do in life, things for my family, and my parents. To my parents, this is money that they could have never imagined. It'll definitely be life-changing