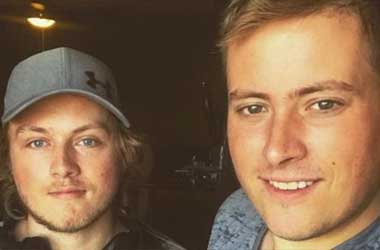 There were quite a few crazy prop bets that poker players engaged in during 2017 and one of those that made headlines in the poker world was the bet between Bill Perkins and the Staples brothers.

There hasn’t been any weird or outlandish prop bets in 2018 but one that has recently caught the attention of the poker world is another bet that has been under the radar.

Yet again, investor and high stakes poker pro Bill Perkins is involved and his targets were the Staples brothers yet again.

Jaime and Matt Staples are Canadian poker players who are known more for their 2017 prop bet with Perkins than for their accomplishments on the felt. The Hendon Mob shows that Jaime has accumulated $135,000 in career prize money while Matt has under $10,000 in career winnings.

While they may not be winning loads of cash playing poker, they did win a nice sum of money after they won their prop bet with Perkins earlier this year. The best was taken in 2017 and involved both brothers reaching the same weight within a 12 month period with odds of 50-1 and a $150,000 on the line.

Jaime weighed 304 pounds and Matt weighed 134 pounds when the bet was taken and the brothers took the challenge seriously and made the same weight on March 25 at RunItUp Reno when they weighed in at 188.3 pounds and won $150,000.

Bill Perkins was happy to pay up as the prop bet proved to be beneficial to Jaime in helping lose weight. However, Perkins quickly sent out another challenge labelled ‘Ultimate Sweat Challenge 2.0’ where the brothers once again had the opportunity to win $150,000 but this time around the odds were such that if they lost the prop bet, they would have to pay Perkins $50,000.

The rules to the prop bet was that within a 12 month time frame, both brothers would have to get down to 9.9 percent body fat with the deadline set at March 25, 2019. The brothers have taken the bet seriously but based on Jaime’s recent YouTube video, he isn’t doing very well with the challenge and thinks that he might fail.

The good news is that there is still a little over 5 months left for Jaime to put in the work and win another $150,000 with his brother Matt.