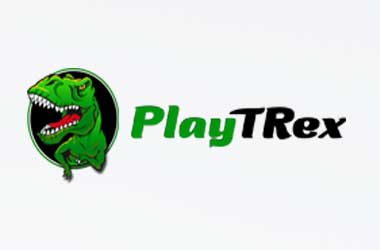 A new social poker game is making an entrance into the social casino market with the aim of revitalizing the sluggish social casino scene.

The new game is called Wild Poker and comes with an engaging and strategic twist.

Tel Aviv-based social gaming start-up PlayTRex added a number of fun elements missing in most social poker games and has believes Wild Poker will be a great hit with the social poker players.

Wild Poker is based on the poker variant Texas Hold’em but has added a layer of strategy inspired by the enormously popular eSports like Hearthstone where players compete with each other using unique powers and win in-game gold.

In a statement, Daniel Kashmir, CEO at PlayTRex said

Wild Poker is a new kind of social poker game offering a different experience. Wild Poker addresses a larger market by providing an added layer of strategy which is appealing to both strategy gamers and social poker players, resulting in a high monetization and in a journey that keeps players coming back for more

Players of Wild Poker can adopt any of the available colourful characters with each having their individual power up features. To succeed in the game players will need to take advantage of the special animal instincts of the chosen characters. The developers had released the beta version of Wild Poker in August and recently launched the full version of the game.

The game was developed after extensive research by the company spread over a 12 month period. The research found that social poker games suffered from issues of low monetization and poor player retention. Wild Poker has been developed keeping these issues in mind and PlayTRex hopes that the intriguing player journey provided by the game and its high engagement levels will ensure that players keep returning to the game.

The online mobile gaming market is worth $37 billion today and is growing by 15 percent annually. Of that, the social casino gaming is worth $4 billion and growing rapidly. PlayTRex stated that the social poker market has become stagnant with low levels of differentiation and innovation. Kashmir pointed out that most games were more or less the same, disappointing players and resulting in a loss of interest. Most games are unable to attract new users as a result.

Seeking to offer a fresh new take on social poker, PlayTRex has released Wild Poker in a bid to address low retention rates and poor monetization afflicting the market.