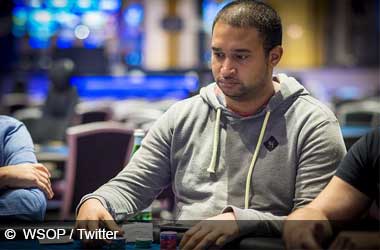 A new champion has been crowned at the World Series of Poker (WSOP) in Las Vegas. Ismael Bojang triumphed in Event #40: $1,500 Pot-Limit Omaha to capture his first gold bracelet and a first-place prize of $298,507.

Bojang has done well at the WSOP in the past cashing out at 74 events but he has never won a WSOP bracelet.

He has had another good run at the 2019 WSOP cashing out 9 times so far. His 10th cashout at the 50th WSOP resulted in a bracelet win.

The WSOP bracelet event attracted 1,216 entries and the competition was fierce but Austrian poker pro held his nerve and made sure that he came out on top.

Nine players kicked off the final table action, with American player Benjamin Zamani holding a commanding chip lead. He was able to eliminate Matthew Mueller (9th) and Glen Cressman (8th) twenty minutes into the action, and went on to dominate the chipstack. Mueller won $22,215 while Cressman took home $28,940, his best career WSOP finish.

The next player to leave the table was Richard Tuhrim who ended up in 7th place for $38,189. Mihai Niste busted in 6th place for $51,041, his second final table this summer. Denis Bagdasarov, who entered the final day as the chip leader, was eliminated in fifth place – his fourth cash of the summer. Bagdasarov earned $69,082 in his best WSOP performance to date.

With four players remaining, Johannes Toebbe held on to the chip lead for a bit, but eventually busted in fourth place for $94,669. The event was Toebbe’s second WSOP cashout. Zamani’s bid for a third bracelet collapsed after more than nine hours of play on the final day. He was sent to the rail in third place after his overpair didn’t hold out to Bojang’s flopped straight. Zamani banked $131,335 in his 50th WSOP cashout.

Bojang held the chip lead for the majority of heads-up play against American pro James Little. The latter never managed to even the stacks as the play progressed. Holding the lower end of a straight, Bojang called, with Little having two sets. The board failed to pair on the river and Bojang walked away with the grand prize.

While he would have loved to stay longer at the Rio, Bojang had to fly back to Germany after his win and will most likely not take further part at the WSOP.

Josh Arieh Finishes 2021 WSOP On A High With POY Award