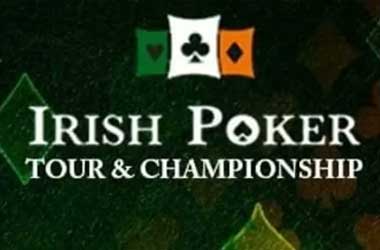 Since its launch, the Irish Poker Tour has hosted events exclusive to the Emerald Isle, but this year, it’s bringing the action to London, at the Aspers Casino Westfield Stratford. This marks the first time that the tour is holding an event outside Ireland.

The Irish Poker Tour London got underway on May 26 and will run through to May 29. The schedule primarily consists of five tournaments, including a £150 buy-in No-Limit Hold’em tournament, a £225 buy-in Progressive Bounty, a £250 buy-in Pot-Limit Omaha tournament, and a £750 buy-in High Roller.

The main highlight is easily the Irish Poker Tour London Main Event which comes with a £300 entry fee. For that affordable buy-in, UK players will be competing for £100,000 in guaranteed prize money.

The tournament features four Day 1s, and players kick off the action with 30,000 chips played to 30-minute levels, with a big blind ante in play on the third level. This structure applies to the first three starting flights, with Day 1D adopting a turbo structure with 15-minute levels.

Players surviving the 16th level of each Day 1 will advance to Day 2 on May 28 and will battle it out until a final table is reached. The finalists play down to a winner on May 29.

Satellites for the £300 Main Event and the £750 High Roller have also been sprinkled throughout the schedule giving players the opportunity to qualify for these events for as low as £50.

Fintan Gavin, one of Ireland’s top poker pros, is thrilled to join in on the action at Aspers in London, saying it is the perfect venue for a poker festival as it can accommodate a large number of players expected to participate in the events. Paddy Power Poker is also boosting the numbers by hosting online qualifiers.

Off To A Great Start

The Irish Poker Tour has only been here for less than a year after Paddy Power Poker launched it in July 2021, but it has already completed a total of seven stops so far, held across Ireland’s most popular cities and towns, including Limerick, Waterford, Galway, Athlone, Ballina, Cork and Dublin. The tour awarded €232,500 in total prize money for the Main Event across all seven stops, more than double the €95,000 combined guarantee.