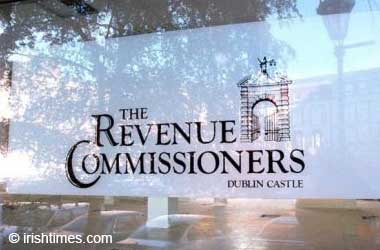 Ireland’s gambling industry has enjoyed a rather conducive environment over the last decade which has enabled the industry to thrive all over the country.

All that has changed in the last few months as the government has directed the authorities to turn its attention to gambling operators who have not filed their taxes correctly as well as those who are operating without a proper license.

The Revenue Commissioners which is the agency that oversees taxes in Ireland is spearheading the campaign to clean up the gambling industry in the country. The agency has pulled up operators who have not filed their taxes as per regulations and operators who are running establishments without the proper gaming licenses.

The clean-up has brought in a lot of funds for the government as so far a reported €1.1 million in additional taxes have come in and another €899,465 has come in from new licensing fees. The agency found a number of operators and establishments offering services without a gaming license and went on to issue as many as 4000 new licenses.

A spokesperson for the Revenue Commissioners said that the agency would continue its crackdown to ensure that all gaming operators in Ireland are licensed and file their taxes properly. A warning was also issued to unlicensed operators that their gaming machines will be confiscated and they will be subject to prosecution.

Gambling operators in Ireland are not taking the crackdown lightly and are fighting back legally. They claim that the regulations that govern the gaming industry is not very clear to the operators which is why there are so many breaches.

In a statement, David Hickson, director of the Gaming and Leisure Association of Ireland, said

At the moment our law dates back to 1956, so we need to update the legislation for a whole host of reasons. Progress towards regulation has been remarkably slow and bedevilled by delays

There are a number of gambling establishments in Dublin who operate under gaming licenses issued by the Revenue Commissioners. However, the Dublin City Council issued an order in 1988 which does not allow any gambling licenses to be issued to operators who want to operate establishments within the city.

The Gambling Control Bill 2013 was expected to bring clarity to the industry but that bill has stalled and gambling operators are now having to pay the price for a lack of clarity in gambling laws in Ireland.