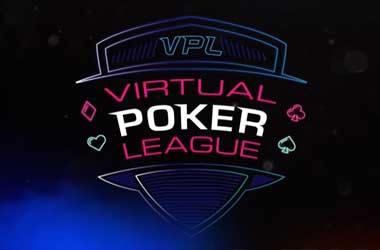 One of India’s premiere live poker events, the Poker Sports League (PSL) is moving to the virtual felts. Season 3 of the series will take place online from October 14-17, and will be called the “Virtual Poker League” (VPL).

The league, which was launched back in 2016, brings together India’s top poker players in a unique championship contest wherein poker is played in a team-based format. The event was originally designed simply for fun, passion, and competition, with no real money involved.

Indian players get the chance to showcase their skills without having to pay for a buy-in.

This year, organizers have introduced a few changes – apart from holding the event online, the league also goes all in for charity. This means players will be competing for a worthy cause, with the prize pool going directly to the winners’ chosen charities. Virtual Poker League runs in partnership with the Association for Sustainable Community Development (ASSCOD), Super School India and United Way Chennai.

A total of six teams will be competing in the Virtual Poker League, each team comprising of five participants, one of them is a female player. Four teams have retained three players from the previous season, while the other players, who have been assigned randomly to teams, were able to qualify based on the PokerGuru Profit Rankings.

The league includes three events – the first event is a two-day affair involving five matches of 6-max Sit N Gos on October 14-15. In the second event which takes place October 16, all 30 players will battle it out in a 6-max MTT, while in the finale, each team will choose one representative who will compete in a 6-max Sit N Go on October 17. The starting stack for each team will be based on their individual performances in events 1 & 2.

The six teams participating in the VPL this season are the Mumbai Anchors, Chennai Troopers , Deccan Aces, Gujarat Falcons, Delhi Panthers and the Delhi Czars.

The Delhi Panthers were the first ever champions in the PSL during the first season (2016), while the Goan Nuts captured Season 2 (2017). The PSL took a break for the next couple of years. Season 3 was supposed to take place live in 2020 but it has to be moved to online due to the coronavirus pandemic.