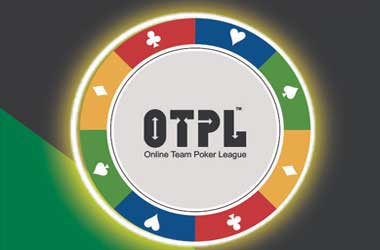 India is fast becoming one of the biggest online poker markets in Asia, with a number of poker leagues and brands gaining popularity in the country.

Match Indian Poker League (IPL) was one of the most successful brands last year, where winning team Mumbai All-Stars took the title and more than $220,000 (RS150,000 lakh) after a grueling 200 hands of Match Poker at the Yash Raj Studios.

It looks like there will be no shortage of poker leagues in India as the organizers behind Match IPL are upping the ante and introducing an online format that will bring more teams to compete for an even bigger prize.

The new league will see 30 teams battling it out win over $1 million in prize money. OTPL will be similar to the IPL poker format but will be played online via Viaan’s proprietary app. The app will host all the OTPL games and will enable people to tune in and support their teams throughout the competition. Season 1 runs from July to November this year and franchise rights to the team are being sold for an annual license fee of around $84,000 (RS 55 lakhs).

The way the OTPL format works is very straight forward. The league will start with 30 teams with 8 members per team. The teams will start with 50,000 in chips and will compete in online Sit-N- Go tournaments which will be held every other Saturday. At the end of the season, the team with the biggest chip count will be declared the winner and win the million-dollar prize. On top of the huge payout, they will also represent India at the World Online Team Poker League which is scheduled to take place every year in the month of December.

Feedback and support for the OTPL has already been phenomenal and 15 out of the 30 teams have already been purchased. The accessibility of the online platform and the added thrill of competing globally have indeed appealed to the Indian poker community.

In a statement, Kundra said,

After seeing the success of Match Indian Poker League we created this IP to have a year-long poker event to give the opportunity to more poker players to come forward and use this platform to showcase their skills. It will create an exciting Poker in a team format that’s never been seen or done before.