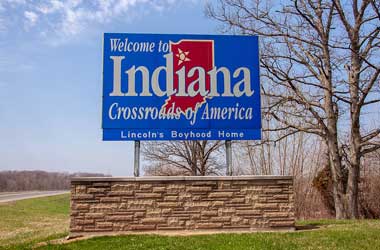 A new Bill has been put forward that would allow online poker in the Indiana. HB1536, filed by Rep. Ethan Manning, marks the third attempt by lawmakers to expand online gaming in the Hoosier State.

A similar Bill was introduced in 2021 and 2022 but met with little success.

This time though, hopes are high that HB1536 will achieve significant progress, given that Manning now sits as the new chair of the House Public Policy Committee which is set to consider the Bill after the first reading.

HB1536 will allow 12 of Indiana’s land-based casinos and racinos to offer online poker and online casino poker games. Each of the casinos can partner with up to three online brands or skins. Should things go according to plan, Indiana will launch its regulated iGaming market on September 1, 2023.

Manning is proposing a tax rate of 20% for both online poker and online casino gaming, with operators required to pay an initial licensing fee of $500,000. The license is renewable annually for $50,000. Under the proposal, operators can deduct up to $10 million each year from their taxable gaming revenue for bets placed via promotional credits.

The state’s iGaming regulatory framework will be overseen by the Indiana Gaming Commission (IGC) and the agency should develop emergency rules within 60 days.

The Bill will also allow Indiana to enter into an iGaming compact with other regulated states whereby domestic players can compete with customers in other jurisdictions that are part of the compact. This means the Hoosier State may join the existing Multi-State Internet Gaming Agreement (MSIGA) which currently covers the states of New Jersey, Nevada, Delaware and most recently, Michigan.

MSIGA allows online poker shared liquidity between members whereby operators can combine their player pools across multiple states. Given its small population, Indiana needs to participate in the pact for online poker to thrive in the state.

Online gaming could generate an estimated $55 million in tax for Indiana during its first year at the proposed rate of 20%, according to a 2022 report commissioned by the IGC. Within three years, the state could collect a total of $341 million in taxes from the industry.