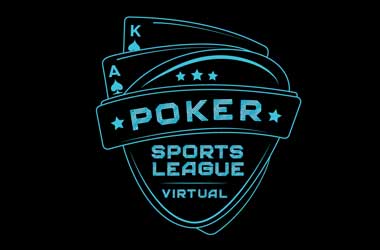 The Indian Poker Sports League (PSL) is returning for a third season, and this time around the event will be held online, in light of the COVID-19 pandemic.

Season 3 of the popular league kicks off on January 16, but the participating teams will first take part in a week-long Bootcamp taking place on January 6-12, 2021. The online action will culminate during the finale games which will take place from February 19-21, 2021.

The upcoming season features a massive prize pool of INR 2 crores, with the ultimate winner walking away with INR 60 lakhs in top prize. The second and third placers will take home INR 36 lakhs and INR 24 lakhs respectively.

The competition traditionally begins via a series of land-based qualifiers, but they had to be cancelled in 2020 due to the global health crisis. Instead, online qualifiers were held in October and November of last year to determine the final list of teams and players who will participate in the upcoming season.

The Hashtag Poker app will play host to the online action, and PSL tested its streaming capabilities by holding a charity event back in November.

PSL was launched back in 2017, becoming India’s first poker league. The tournament adopts a unique team-based format that aims to inject a sporting element into the game of poker. The league is run by Dabur India Ltd, headed by its chairman Amit Burman. It was Burman who envisaged what would become the largest poker league in the world in terms of participation and prize pool.

The first season of the league took place in 2017 at the Deltin Royale casino on the river Mandovi in Goa. It was won by the Delhi Panthers for Rs 1.15 crores (approximately USD $225,000). The Goan Nuts emerged victorious in Season 2, taking home Rs 2 crores in first-place prize.

Players can enter the tournament without any fee, giving them the chance to showcase their skills and win huge prizes with absolutely zero investment. Season 3 is exclusive only to Indian poker players.