IPC Ropes In The ‘King Of Instagram’ For Special Appearance

IPC Ropes In The ‘King Of Instagram’ For Special Appearance September 12, 2019 Stefan Nedeljkovic

IPC Ropes In The ‘King Of Instagram’ For Special Appearance 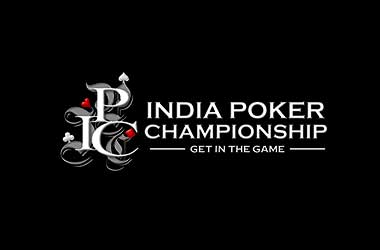 The Indian Poker Championship (IPC) is currently underway in Panaji, Goa after kicking off on September 11.

The IPC is one of the more popular poker tournaments in India and is taking place at the Big Daddy Casino in the Spartan Poker Live Room.

The IPC tournament is being promoted by Spartan Poker and has a number of interesting events lined up. The highlight of the tournament will be the Main Event that has a 35,00 rupee buy-in ($500) and a guaranteed prize pool of 1.6 crore rupees. There will also be a special high-roller event which has a 1 lakh buy-in and a guarantee of 1 crore rupees.

Instagram king and high stakes poker pro Dan Bilzerian is expected to make a quick appearance at the IPC.

When Bilzerian arrives, he generally comes with his posse of beautiful and scantily clad women and becomes the center of attention very quickly.

Given the fact that he has over 28 million followers on Instagram, his presence in Goa, India is bound to bring in a bunch of fans to the Big Daddy Casino which is precisely what the organisers are hoping to accomplish.

Bilzerian’s appearance could create a bit of controversy in Goa as there is already a lot of opposition to the gambling industry and floating casinos. Political and religious sentiments need to be taken into consideration as a bunch of beautiful women in revealing clothing is going to create trouble for both Big Daddy Casino and the IPC.

However, given the fact that most casino operators have connections to political figures, it is quite possible that the tournament organisers will use the hype and controversy to promote their brand and the poker tournament and then put out fires later.

Adda52.com, the biggest online poker website in India received a lot of criticism in the last few weeks as players claimed the company was using an outdated tax policy and was collecting more taxes than it should. As a result, the players joined together and decided to boycott the site which led to a drop in traffic.

Spartan Poker is taking advantage of this situation by confirming that it will be dishing out a 100 percent refund on TDS (tax deducted at source). The refunds will be given in the form of a locked and game bonus credited directly to the player’s account.