Houston Poker Club Cases Referred To FBI After Being Dropped

Houston Poker Club Cases Referred To FBI After Being Dropped 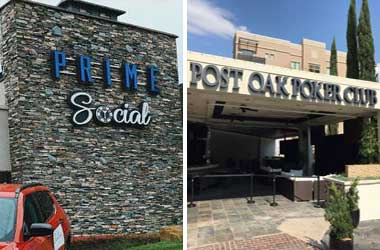 Money laundering charges against the owners and operators of two poker rooms in Houston have been dropped, with the cases now being referred to the FBI due to a potential conflict of interest.

The latest move by Harris County District Attorney Kim Ogg came about after it evidence showed that a potential witness for the defendants had also been employed as a contract worker for the District Attorney’s office.

Ogg refused to go into the details but told reporters they wanted to make sure that an outside agency carries out an independent review of the case in the name of transparency and fairness.

In May, police conducted separate raids of the Prime Social Poker Room and the Post Oak Poker Club in Houston, seizing around $206,000. It’s understood the money would now be returned to the defense as the case has now been turned over to federal investigators.

A certain Amir Mireskandari, who has been employed as a consultant for the DA’s office since January 2017, allegedly approached the owners of the two Houston poker rooms to supposedly help them go legal, promising licenses and ways to avoid legal trouble in exchange of large sums of money. Mireskandari did this during the same period when he was helping the DA office with their financial crime investigations.

The shocking revelation emerged after the defendants traded stories with each other while they were detained in a holding cell at the Harris County processing center.

The lawyer for Prime Social Joe Magliolo said the money that Mireskandari and his associates were trying to collect from the game rooms was as much as $500 million. The operators were informed that he would take $250,000 from this amount to ensure that the poker rooms would be first in line to get a license. The remaining money was supposedly for political contributions.

However, the assistant general manager of Prime Social Poker Club Steven Farshid said the consultants failed to fulfill their promises as the club has yet to receive a permit. Lawyers for Post Oak Poker also claimed that the club was also approached by a similar group, but they didn’t pay the $250,000. Magliolo said the clubs and the DA’s office were victims of fraud.

The legal status of poker clubs in Houston remains in limbo, with owners claiming that they are operating in line with regulations as they are only charging membership and seat fees instead of raking pots. Local authorities have been firm in their stance against these poker rooms, but the way they are implementing the crackdown is tainted with controversy. Prime Social and Post Oak were raided two months ago, but no further raids took place, and its business as usual for several other clubs operating in the state.