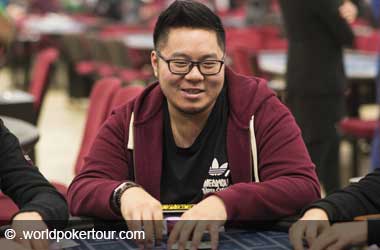 The 2019 World Series of Poker (WSOP) featured a special event ‘$50,000 Final Fifty’ in order to celebrate its 50th anniversary.

Hong Kong poker pro Danny Tang is one player who will never forget the 50th edition of the WSOP as he ended up winning this special event which was incidentally the 90th WSOP bracelet event in the tournament.

Tang bested a field of 123 entries, made up of some of the best high-stakes players in the world, to win his first-ever WSOP bracelet and the top prize of $1,608,406. Following his victory, Hong Kong now officially has two WSOP bracelets; with the first one was won by Tang’s close friend Anson Tsang at the 2018 WSOP Europe in Rozvadov.

Seven players returned on the final day to battle it out to see who will be the eventual winner. The final day started with recent WSOP online bracelet winner Brandon Adams leading the chip count but that did not last for very long as Tang took the lead.

Adams called a shove from Ali Imsirovic with queen-five against the latter’s ace-eight. Both players flopped a pair, but the turn gave Adams two pair to send Imsirovic to the rail in 7th place for $212,292. After just two hands, Keith Tilston‘s fate was sealed after he ran into Adrian Mateos‘ kings. Tilston earned $275,874 for his 6th place finish. Mateos followed Tilston soon after and finished in 5th place cashing out $367,186.

With four players remaining, Tang competed against Adams for a massive pot which he ultimately won. He then shoved the button with ace-queen, with Adams calling all in from the big blind with ace-jack suited. Adam found no help from the board and he eventually busted in fourth place for $500,282. During this time, Tang was holding 80 percent of the chips.

The curtain finally fell on Michael Addamo after he failed to form a straight draw. He took home $697,375 for finishing third, leaving Tang and Sam Soverel in heads-up play.

One on One Action

When the one-on-one battle began, Tang was holding a massive chip advantage, but Soverel managed to close the gap after collecting a double. The subsequent hands saw both players exchanging chips back and forth, until Soverel shoved the button with ace-three against Danny Tang‘s ace-jack suited.

The turn gave Soverel a glimmer of hope to win the top prize, but the river crushed his dreams as Soverel had to settle for second place and $994,072. Tang’s latest win came just a little over two months after he finished second to Bryn Kenney in the 2019 Triton Poker Super High Roller Series Montenegro for $1.8 million.