Hippodrome Casino To Host The UKIPT From April 5

Hippodrome Casino To Host The UKIPT From April 5 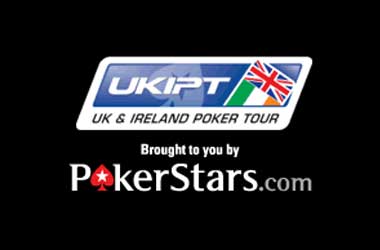 The Hippodrome Casino in London will host the PokerStars UKIPT in the first week of April, with a schedule that’s filled with some exciting tournaments. The tournament will run from April 5 to 10 and has 13 events spread over these 5 days. Events have a range of buy-ins starting at £165 and going up to £2,200. The tournament is expected to attract some of the best poker players in the UK, Ireland and surrounding areas.

The Main Event has three starting flights to be held on consecutive days starting April 6, giving enough time and opportunity for keen enthusiasts to make an attempt. The London Cup has two flights on Saturday with the event being held on Sunday.

A special £165 No-Limit Hold’em Ladies event will also take place on Sunday to allow female poker pros the chance to compete and make a name for themselves.

Rapinder Cheema took the winning pot, taking home £78,825 after beating Spain’s Fernando Marin to win the title. Marin however still cashed a nice payout which was around £74,275 as a result of the deal he struck with Cheema during the heads-up play.

Online satellites for the Main Event are being held on the PokerStars website as PokerStars is the UKIPT’s online partner. The website is currently running a promotion offering a 100-percent first deposit bonus up to $600.