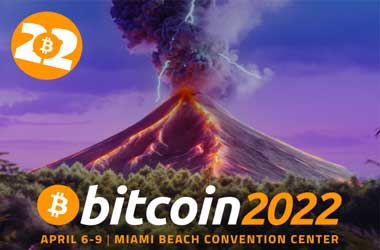 A $1,000,000 buy-in poker tournament, which will see some of the biggest names in the game take part is on the cards, thanks to High Stakes Capital.

The high-risk investment company has announced plans to run the huge event during BTC Miami in 2022.

High Stakes Capital made its plans public on Twitter, and shortly after announcing the massive tournament, several high-profile players expressed interest in taking part, among them is Tony G, who also happens to be a crypto investor. The Lithuanian businessman and former member of the European Parliament is a high-stakes poker player who participates in some of the biggest poker games out there up against the best pros.

Tony G is the CEO of Toronto-based crypto investment company Cypherpunk Holdings and the founder of online crypto-poker room CoinPoker.

As a big crypto enthusiast, he recommended that the planned $1M tournament be designed exclusively for crypto investors. He said no “pure robot pros” should be allowed to kill the great event, a view shared by noted sports gambler Haralabos Voulgaris who said he would join in on the action if it’s a non-pro event.

Should ensure there is a committee and that no pure robot pros kill the great event. Should be people who are real serious crypto investors only if its a crypto event.

Whether or not Tony G’s special request would be granted remains to be seen, but the tournament has already gained the attention of some of the world’s best poker players.

Among prominent pros putting their names forward for the huge event are Justin Bonomo, Fedor Holz, Dan “Jungleman” Cates, Jason Koon, Dan Smith, and Adrian Mateos. With such a great line-up, the tournament is expected to draw massive attention, as it runs alongside the world’s biggest cryptocurrency conference.

One of the Biggest in Poker History

If the tournament pushes through, it will go down in history as one of the biggest buy-in poker tournaments of all time, joining the ranks of the £1,000,000 ($1.27 million) Triton Super High Roller, and the €1,000,000 ($1.1 million) Monte Carlo One Drop Extravaganza, won respectively by Aaron Zang and Elton Tsang.

The tournament will also shine a spotlight on crypto poker which has become increasingly popular these days with the rise of cryptocurrencies and blockchain technology.

BTC Miami is scheduled for April 6-9, 2022. It will take place at the Miami Beach Convention Center.