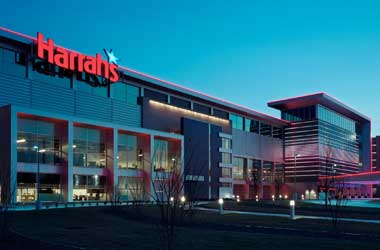 Harrah’s Philadelphia, home to the World Series of Poker (WSOP) poker room, has reportedly closed down for good.

The news first circulated on social media when a number of employees at the live poker room posted about the permanent closure. They were reportedly notified by the management via Zoom calls on August 11.

While the poker room has remained mum on the matter and has yet to issue an official statement, a now-former employee who chose to remain anonymous confirmed that its operations would indeed be terminated permanently, adding that they were not offered any other positions within the company, though they were told that they could reapply if they had experience in table games. It’s also unclear whether or not Harrah’s would offer table games classes.

Since the lockdown period, Harrah’s social media pages had been inactive. Its last Facebook update was on March 13, while its Twitter account had already been deactivated. A customer service representative at the poker room did not deny or confirm the news and only said it’s closed for the time being without any reopening date.

The live poker room at Harrah’s was established in 2010 and has since undergone major renovations until it became the only WSOP poker room in Pennsylvania, featuring 28 tables and a host of tournaments and promotions. Among the games being offered were Texas Hold’em, Omaha and Seven Card Stud.

Harrah’s corporate company Caesars Entertainment also owns the WSOP brand. In July, Caesars was fully acquired by Eldorado Resorts under a merger deal which created the largest casino and entertainment company in the US.

In the fall of 2019, Harrah’s poker room was moved to the casino floor as part of plans to combine all gaming action in one floor. During that time, the company also launched a new retail sportsbook called The Book, alongside a Topgolf Swing Suite.

While casinos in Pennsylvania have reopened since June, poker rooms have yet to receive the green light to resume operations due to the manner by which the game is played. With players passing chips and cards back and forth, it’s much easier to transmit the virus. The state’s gaming regulator said they’d continue to monitor the situation and would make adjustments to the health protocols and guidelines according to the latest advice released by the health experts.

While the live poker scene will essentially remain closed in the weeks or months ahead, online poker in the Keystone State is very much alive. PokerStars PA, which is currently the only online poker operator in PA has enjoyed record numbers since April. But it is expected to face strong competition soon, with the impending launch of WSOP.com and partypoker.