Gujarat High Court Delays Decision On The Legalization Of Poker

Gujarat High Court Delays Decision On The Legalization Of Poker 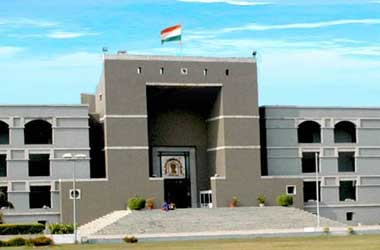 Multiple states in India are now pushing for the legalization of poker and Gujarat is one of those states that is expected to legalize poker very soon. As a matter of fact, the Gujarat High Court was expected to make a decision on whether to legalize poker on November 23 but decided to delay its decision by another week and has confirmed a verdict will be given on November 30.

The police force in Gujarat has targeted a number of poker and rummy clubs in the state during the past few months and has forced many to shutdown. Some of the clubs that have face the wrath of the authorities in recent months include Dominance Games, Isanpur Gymkhana, AAA Gaming and Rollers Training Institute of Cards. The authorities allege that poker is a game of luck and hence falls under the category of gambling which is banned in the state of Gujarat.

However poker operators such as AAA Gaming and the Indian Poker Association have fought back hard calling the charges made by the police baseless and stated that they have no proof that poker is a game of luck. They have campaigned hard to prove that poker is a game of skill and requires a lot of mental strategy and ability to win consistently at poker. Those in favour of the legalization of poker have tried to classify poker along the same lines as chess – which is a game of skill and is legal throughout India.

The legal team who are fighting for getting the ban on poker lifted have also pointed out that a number of states such as West Bengal and Karnataka have already lifted the ban on poker and acknowledged that it is a game of skill. The Gujarat High Court has listened to arguments and debates from both sides for a number of months but has so far given no indication as to which side it favours. Justice Rajesh H. Shukla gave no reason as to why the court decided to delay its decision by another week.

Should Gujarat decide to legalize poker, it would create a new industry for the state, increase employment opportunities and bring in more investment as poker operators look to set up operations in Gujarat. Both poker operators and players will have to remain patient till the
end of the month and remain optimistic about a ruling in their favour.