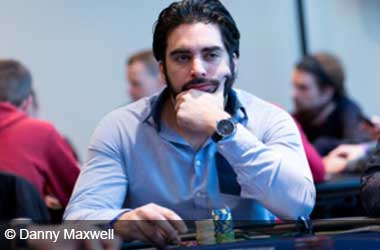 Greek player Alexandros Kolonias made a name for himself by winning the 2019 World Series of Poker Europe (WSOPE) Main Event.

Kolonias’ victory represents the third bracelet for his home country of Greece in 2019.

The final table became an international affair with the surviving players representing nine different countries — Greece, Germany, the US, Italy, Czech Republic, Sweden, France, Denmark and Slovakia. Ending their bids early during the final battle were Slovakian Marek Blasko who finished in ninth place for $84,840, Danish pro Jakob Madsen who finished in eighth place for $110,506, and WSOP bracelet winner & French pro Julien Martini who exited in seventh place for $146,539.

Six players returned on the final day to play down to a winner. American poker pro Anthony Zinno was leading the chips with 84 big blinds; eventual winner Kolonias was second with 61. Sweden’s Rifat Palevic was the first player to hit the rail during the final showdown, after losing his king-deuce into Anh Do‘s pocket queens. Palevic ended his bid in sixth place for $197,770. Do followed him to the payout desk in fifth place after losing a hand against WSOP bracelet winner Dario Sammartino. Do collected $271,565 in winnings.

With four players remaining, Sammartino and Zinno were the short stacks, with Segebrecht and Kolonias holding the big stacks. Sammartino, who has been on the hunt for his maiden bracelet, failed in his bid once again after a clash with Zinno, where the American’s jack-ten ended up defeating his Italian opponent’s ace-king. Sammartino walked away with $379,289 for his fourth place finish.

Sammartino has been running hot this year, cashing in a total of eight events during this summer’s WSOP, including finishing second to Hossein Ensan in the Main Event. The Italian pro also ran deep at King’s Resort, after also placing eighth in the €25,500 Short Deck High Roller.

Zinno was also eyeing his third bracelet but eventually hit the rail in third place after losing his ace-nine to Kolonias’ jack-ten in a preflop all-in battle. The Greek pro entered heads-up play against his German opponent with a 3-2 advantage. Segebrecht managed to close the gap at one point, but then went back down within half an hour of the battle. When the dust settled, it was Kolonias who came on top, with Segebrecht placing second for $777,709.