GPI Will Host Second European Conference At SiGMA 2017 In November

GPI Will Host Second European Conference At SiGMA 2017 In November 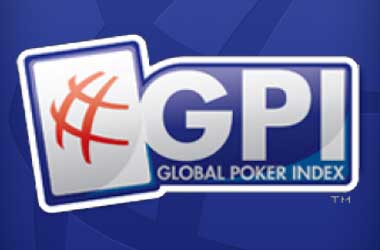 Touted as one of the largest iGaming shows in the world, Summit of iGaming, Malta (SiGMA) is coming back this November 22-25 to bring the gaming industry together at the Malta Fairs & Conventions Centre.

SiGMA has fast become one of the biggest conferences in gaming circles. Having only started in 2014 with 1,576 attendees, SiGMA was able to significantly increase its reach and double its attendance in only two years. After its successful run last year which saw 3,896 attendees, SiGMA organizers are expecting over 7,000 participants to show up in November.

Just like last year’s conference, the fourth annual SiGMA will host executives and representatives from different gaming companies all over Europe at its exhibit and conference floors.

They have expanded their list of sponsors and exhibitors and will include some of the most prominent names in the industry including Ladbrokes, PokerStars, Better Collective, Catena Media, Microgaming, William Hill and Bet365.

SiGMA organizers are even more confident about the show’s success this year since it will also be hosting, for the first time the 2nd Annual Global Poker Index (GPI) European Poker Conference.

With the motto ‘Compete globally, play locally’ the Global Poker League (GPL) is proud of its 12 franchises that features 72 of the world's best poker players, competing in a 20-week season. The GPL has looked to successfully bring poker and eSports together and has so far broadcasted more than 400 hours of competitive poker through its various digital channels.

Alexandre Dreyfus, CEO of Global Poker League will preside as the chair of the GPI European Poker Conference. Dreyfus and his team of experts will be moderating five panel discussions on key gaming subjects relevant today such as current GPL players and rankings, operator ecosystem trends, and an outlook of the future of the European poker industry. This will be the perfect opportunity for the industry’s bigwigs and key players to come together and exchange their ideas and thoughts on the market.

In a statement, Dreyfus said,

Eman Pulis with the team behind SiGMA has done amazing work bringing the biggest names in the industry to Malta, and their support to bring in Affiliates is second to none. I would highly recommend to attend SiGMA to anyone looking to strengthen and grow their network and knowledge

Dreyfus also noted that they believe SiGMA’s strong draw in the poker industry will enable the GPI European Poker Conference to connect the live and online poker industry and reach out to more industry stakeholders.