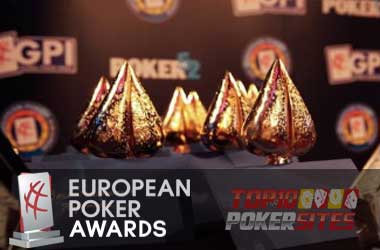 The 2nd Annual American Poker Awards was held in Los Angeles earlier this year and honored the best the top performers in the U.S. based poker industry. It is now time for Europe to host its own edition of the GPI European poker awards.

The 15th edition of the GPI European Poker Awards for 2016 will be held on May 3 at the Monte Carlo Bay Casino and Resort in Monaco and will be hosted by popular commentator Joe Stapleton.

Out of the total 11 awards to be given out, two of them have been already announced.

The best male and female poker player awards for the year have been already confirmed based on the Global Poker Index (GPI) ranking system which relies on the 13 best finishes of players over the year to tabulate their scores. The title of the 2015 GPI European Player of the Year has been won by Germany’s Fedor Holz while Liv Boeree from UK has won the award of 2015 GPI European Female Player of the Year.

For the remaining 9 categories, nominees were chosen by 62 members from the poker industry through a voting system. The top four under each award made it as nominees. The final winner for each category will be chosen by a jury of experts.

The Tournament Performance of the Year award is going to be a hotly contested one as there are four outstanding performances to choose from. The nominees for this award include Adrian Mateos’ win at the 2015 EPT Grand Final, the second World Series of Poker bracelet win at the WSOP-Europe by Barny Boatman, Fedor Holz’s win at the World Poker Tour Alpha8 Las Vegas, and finally Mustapha Kanit’s win at the EPT Barcelona €10,000 High Roller.

Amongst these nominations, Adrian Mateos’ win was a standout because with this win and his previous win at the 2013 WSOP-Europe edition, Mateos is only one step away from achieving poker’s Triple Crown. He now needs a WPT win to bag the rare honor that only five men have so far achieved in the history of the game. The EPT win in 2015 also cemented his place as one of the top poker pros on the circuit today.