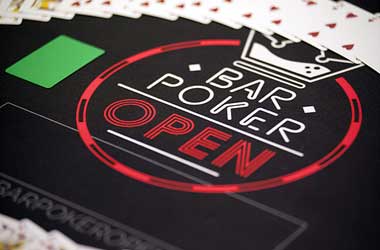 The world’s largest bar poker championship is back! The 2022 Bar Poker Open (BPO) will take place from June 11-17 at the Golden Nugget in Las Vegas. The week-long series features multiple tournaments for the bar poker community with huge guarantees on offer.

As usual, the cream of the crop is the No-Limit Hold’em World Championship which comes with a $230 buy-in and runs from June 13-16.

How to Qualify for the World Championship

Players may qualify for the BPO World Championship in two steps. First, they need to take part in BPO events hosted by local bars or online via BPO’s poker software. The goal is to finish in the top three to secure a BPO token. Players then use those tokens to compete in the championship qualifiers which offer more than $600,000 in total prizes each year. Whoever makes it to the top 4% of the field automatically qualifies for the championship event.

The World Championship has three starting flights, with the first two taking place on June 13. The third flight, scheduled for the following day, is only open to players who took part in the first two flights but didn’t make it.

The televised finale takes place on June 16, with commentary on BPO’s YouTube and Twitch channels. The championship event is exclusive to players from leagues affiliated with the BPO and those who qualified in the local bar events and online BPO tournaments.

Apart from the championship event, there are other tournaments to choose from which players can enter for as low as $100. Among the highlights is the Tag Team event (June 13) which comes with a $100 entry fee, as well as the $125 buy-in Green Chip Bounty which takes place on June 14. Players also wouldn’t want to miss a $300 buy-in Mystery Bounty event on June 17 which offers $250,000 in guaranteed prize money.

The Bar Poker Open took a break for more than two years due to the pandemic. The series came back stronger in 2021, with the championship event drawing over 1,096 entries to create a total prize pool of $385,437. Chris Farkas, representing AZ Hold’em, won the event for $70,047.

The entire series in 2021 awarded more than $450,000 after attracting 2,386 players, making it the biggest-ever Bar Poker Open by far. Organizers are looking forward to another record-breaking event this year.