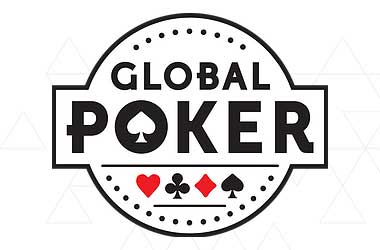 Global Poker has said that a new form of virtual poker introduced by it has the potential to shake up things in the world of online poker. Global Poker is a subsidiary of an Australian company, VGW Holdings Limited (VGW) and deals in virtual currency that takes the form of gold coins or virtual chips. The company recently announced that it had launched its services in North America and is looking to establish its brand in the market.

VGW has to its credit the enormously popular casino offering Chumba Casino which involves gambling based free-to-play or sweepstakes games.

Global Poker is hoping to use this flexibility to become one of the world’s leading poker rooms with a special focus on markets such as the United States and Canada. The company is confident of its sweepstakes model given that it has already seen success in Chumba Casino.

In a statement Laurence Escalante, chief executive officer and founder of VGW said,

We're proud to offer a widely accessible poker site to the U.S. poker playing public. We believe Global Poker is the future of online poker in the U.S. Our unique and patented Sweepstakes model offer players something different without straying too far from traditional poker

The company has partnered up with Facebook and PayPal in order to make the sweepstake model work in terms of real money. Under its system, purchased gold coins can be used to playfreestyle games but credited coins cannot be cashed out. But the company issues sweepstakes known as Sweeps Cash on gold coin purchases that can be used to play poker and can be withdrawn in real money through PayPal.

Each unit of Sweeps Cash is equivalent to one U.S. dollar, and this currency is the only type accepted for playing real money poker. This makes the game legal to be played anywhere in the world including United States.

Global Poker recently launched its latest freeroll, the Global Poker Daytona $500×10 Freeroll Frenzy, which began earlier this week. The company is giving new registrations a free bonus of $2 and 10,000 Gold Coins. There are also numerous promotions and giveaways regularly organized by the company that can result in free coins.

Escalante has assured players that the company was in for the long haul and players need not worry about its legality. The poker room offers a range of prize pools and buy-ins, in both tournament and cash game format. Currently tournament prizes range between $500 and $1500.