GGPoker,PokerStars, partypoker and To Run Major Festivals in April 2021

GGPoker,PokerStars, partypoker and To Run Major Festivals in April 2021 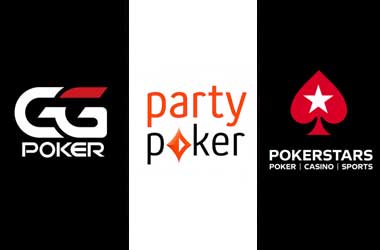 The battle for online poker dominance is on! Poker players and fans all over the world are in for a huge and exciting month ahead as three major festivals are set to take place, courtesy of rival operators PokerStars, GGPoker and partypoker.

PokerStars for years has dominated the online poker market especially in April because it runs its flagship tournament series SCOOP. The festival has been running for over a decade, having launched in 2009. But everything has changed, particularly when the coronavirus pandemic wreaked havoc in 2020, forcing traditional live festivals to move online.

Popular live brands such as the World Series of Poker and World Poker Tour shifted to the virtual felts in partnership with GGPoker and partypoker. For the first time last year, we saw over $100 million in guarantees awarded in a single online series. And the momentum has continued.

Three rival festivals running simultaneously only indicates one thing –online poker is continuing to flourish with bigger and fiercer competition, benefitting not just the players, but also the industry as a whole.

PokerStars was the first to announce its MTT offering this spring, the Spring Championship of Online Poker (SCOOP).

PokerStars has upped the ante by increasing the guarantee to $100 million, the biggest in the history of the series, and also the site’s first-ever nine-figure guarantee. SCOOP will take place from April 4 to 28, featuring 306 events categorized into three buy-in levels (Low, Medium, and High).

Well, GGPoker is keen on creating a new record this year. Its response to PokerStars’ SCOOP is the 2021 GGPoker Spring Festival, which offers a record-breaking $150 million in guaranteed prize money.

It is GGPoker’s biggest spring series ever, and will also run from April 4-28. The operator has also added some twist, with the festival separated into various “stages” (Opening Stage, Headliner Stage, and Main Stage).

partypoker is running its own spring series as well. The popular Powerfest returns next month, featuring tournaments for all bankrolls. The series runs from April 9-27, and buy-ins start at an affordable $1.10.

The schedule will feature various formats such as PKO, PKO Battle, Freezeout, Rebuy, 8-Max, 6-Max, 8-6 Mix-Max, and 6-4 Mix-Max. partypoker has yet to release the full schedule of the series, but the site has confirmed that it will include a $1 million-guaranteed Main Event.

Overall, the entire month of April will see players competing in hundreds of MTTs, and over $250 million in combined guarantees across three massive festivals.