GGNetwork To Launch Short Deck Poker Before The End Of 2019

GGNetwork To Launch Short Deck Poker Before The End Of 2019 June 1, 2021 Gabrielle Monet

GGNetwork To Launch Short Deck Poker Before The End Of 2019 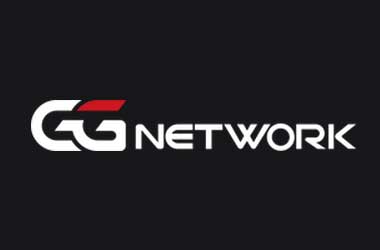 Short Deck Poker is continuing to take the poker world by storm as another online poker network has confirmed it will soon release its own version of game.

As part of its goal to make poker fun again, GGNetwork has been working on expanding its market and improving its software development strategy.

Jean-Christopher Antoine, the newly-appointed Head of GGNetwork, said they’ve been keeping a close eye on the current trends in the poker live scene, and are aware of the rising popularity of Short Deck.

Also called “Six Plus Hold’em“, Short Deck is a popular poker variant which originated in Asia. While it adopts the same rules as Texas Hold’em, the game is played using a stripped-down deck where all of the deuces to fives are removed. As there are only 36 cards, the game differs from the traditional Texas Hold’em in terms of hand rankings and other dynamics. In Short Deck, a flush beats a full house, while three of a kind defeats a straight.

The poker variant is a hit among players and high rollers in particular, due to the bigger pots that can be won coupled with its high action potential. While Short Deck has been around for years, the format started to make waves after it appeared for the first time on TV during the Triton Super High Roller Series Montenegro where the tournament version of the game also made its début.

Triton Series Montenegro featured three Short Deck events – one of the events was won by poker legend Phil Ivey who was among the early proponents of the game. Ivey took down the HKD 1 million buy-in Short Deck event for $604,977 in a heads-up battle against Dan “Jungleman” Cates.

Short Deck has also made its way online, with the US-facing Winning Poker Network introducing the game in 2018. Earlier this year, leading online poker site PokerStars also added the game to its offerings across its global player pool. The site then rolled out Short Deck across its ring-fenced Indian and Italian markets. partypoker later followed suit.

Antoine suggested the network is still working on its own version of Short Deck as they want to make it stand out with some “extra perks“.

While GGNetwork has not yet announced a specific release date, Antoine assured everyone it will be worth the wait saying they will probably launch Short Deck before the end of 2019.