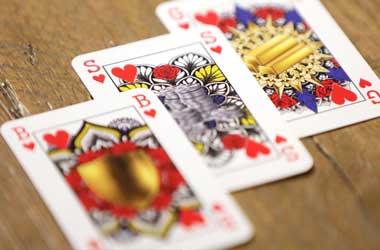 In a bid to promote gender equality even in card games, a Dutch student has come up with a unique “gender-neutral” card design, removing the traditional “hierarchy” which she believes influences people’s perception of gender.

It all began when Indy Mellink, a forensic psychology graduate got down to having a game with her family in June 2020. This was during the period when the Netherlands was entering another wave of lockdowns due to COVID-19. While brainstorming, she realized something should be done to address the “subtle inequalities” displayed in cards, such as kings being superior to queens.

According to Mellink, these subtle inequalities may be considered a no big deal by fans of card games, but these could have a direct impact on how people go about their daily lives. For this reason, the young student made her own card design with gender-neutral alternatives to kings, queens and jack. Her parents supported her and motivated her to create an alternative, and that’s when the whole design idea came about.

Mellink has since distributed over 1,500 packs of her gender-neutral cards to customers in Europe and the US.

Gender equality is a relevant subject in poker. A recent survey showed 45% of women are put off playing poker because they feel intimidated by men. Over the years, the industry has struggled to attract more female players into the game. But will genderless cards help solve the problem?

While there are some who supported Mellink’s views, her gender-neutral design does not sit well with many poker players and fans. The general reaction on social media was that the Dutch student was pushing it too far.

Mellink is unbothered by the negative reaction though, as she already stressed that she did not want to create a more divided society in creating her own card design. The 23-year-old said she only wanted to offer a “more inclusive” alternative for like-minded people.

She also acknowledged that there are better ways to address gender inequality rather than just concentrate on playing cards. Mellink says she does not consider herself a strong activist against sexism or racism.