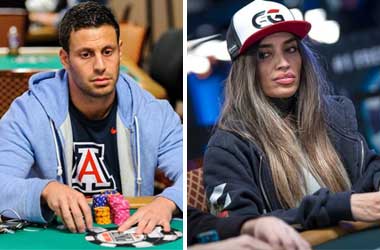 Did Adelstein Get Buzzed?

Both players battled it out at the high-stakes poker table on HCL on Thursday night, September 29. During the hand in question, Adelstein moved all in with eight-high and a combination draw. Surprisingly, Lew, who held a poker hand of a jack-high, called and ended up winning the huge $269,000 pot. Lew’s move baffled everyone, and soon after the hand, she returned Adelstein’s money which fueled speculation cheating might have occurred.

The incident quickly made the rounds online with Adelstein and Lew sharing their own versions of the story. Adelstein accused Lew of cheating which the newbie player denied. While there are plenty of players who believe the hand was compromised, some are also siding with Lew.

High Stakes Poker Productions has now stepped in to try and figure out what really happened during the controversial hand. Co-owners Nick Vertucci and Ryan Feldman confirmed in a joint statement over the weekend that they will hire a law firm to carry out a “comprehensive” investigation into the incident, with the assistance of the show’s venue, Hustler Casino.

Probe Could Include Polygraph Test

As part of the investigation, the show’s staff as well as the players will be interviewed, and a polygraph test could also be conducted. Additionally, HCL will seek the help of a third-party cybersecurity company to check and review the entire system.

The probe will take some time to conclude, but Vertucci and Feldman promised to publish the results of the investigation, regardless of what they reveal. Vertucci is standing by his HCL crew and staff and vouching for their honesty and integrity.

As with Lew’s act of returning Adelstein’s money, Vertucci clarified that neither his company nor Hustler Casino was involved in it.

Up to now, it remains unclear who was behind the idea to give Adelstein more than $100,000 worth of chips as a refund. Lew said Adelstein “bullied” her and demanded to have his money returned, but the cash game specialist denied that claim, saying he never asked for a refund.

Both Adelstein and Lew will not be able to play at the show while the investigation is being conducted.